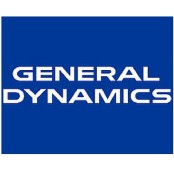 Defense stocks have had a considerable rally in the past several years, but for General Dynamics (GD ), the rally has stalled. Based on its March 11 closing price, shares of General Dynamics are up just 2% in the past one year. The reason why General Dynamics’ stock performance slowed down is a renewed sense of pessimism over large defense companies, particularly those that rely on government contracts for revenue.

In an environment of shrinking global defense budgets, these are the firms that may be the most vulnerable to budget cuts and sequestration efforts. General Dynamics was unable to grow revenue at a high rate last year, which explains its mediocre stock performance. That being said, the company continues to generate very healthy levels of free cash flow and maintains a strong balance with lots of cash on hand and a manageable debt load.

General Dynamics’ revenue rose 2% in 2015, to $31.5 billion. Earnings per share from continuing operations rose 16% for the full year, due primarily to cost cuts and the benefits of share buybacks. Among its core business groups, aerospace and marine systems generated growth, while combat systems and information technologies declined.

This is fairly emblematic across the U.S. defense industry. Many other defense firms are seeing pressure on military segments, which is why some have focused more on aerospace than on defense. For example, close competitor Boeing (BA) derives two-thirds of its business from commercial markets. It has focused on the commercial aircraft space because demand for aircraft is still strong, led by booming sales to emerging markets such as India, and it has reduced its reliance on defense. For its part, General Dynamics still generates just 28% of its annual revenue from commercial markets, and the remainder largely from government defense budgets.

Fortunately, General Dynamics is still a strong cash generator, thanks to a lean cost structure and low capital expenditure needs. The company generated $1.9 billion of free cash flow in 2015. Its dividend required $873 million, which works out to a 45% free cash flow payout ratio. In terms of earnings, General Dynamics’ new dividend rate of $3.04 represents 33% of the company’s 2015 diluted earnings per share.

Moreover, General Dynamics has a strong balance sheet. At the end of last year, it held $2.7 billion in cash and equivalents, along with a modest long term debt to shareholder’s equity ratio of 27%. Therefore, General Dynamics has more than enough cash flow and profits to not only sustain its 2016 dividend, but it also has enough financial flexibility to continue raising its dividend in the years ahead.

Its free cash flow and balance sheet strength allow General Dynamics to continue increasing its shareholder cash returns. The company recently announced a 10% dividend increase. The new dividend rate going forward will be $3.04 per share, which equates to a 2.2% dividend yield. That is about on par with the broader market, as measured by the S&P 500 Index. Furthermore, the company announced it has authorized the repurchase of up to 10 million of its own common stock. At its current stock price, that could represent as much as $1.34 billion, which would represent approximately 3% of General Dynamics’ market cap.

General Dynamics’ stock dividend is about average when compared to the overall market, but it offers above-average dividend growth. That is due to its low payout ratio, free cash flow, and strong balance sheet. Going forward, investors need to be aware of the risk posed by future cuts to defense spending, but the company should have little trouble growing its dividend in the years ahead. General Dynamics remains a good dividend stock holding for income investors.