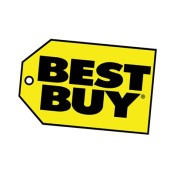 The U.S. retailers have broadly struggled over the past year due to a confluence of headwinds including the strengthening U.S. dollar, which has eroded international revenue growth and weakened domestic tourism. In addition, retailers had to deal with an unseasonably warm winter, which hurt cold weather apparel sales for many clothing and department stores.

Best Buy (BBY ) is a notable exception. As of its March 11 closing price of $34.12 per share, the stock is up 12% year to date. This has beaten the S&P 500 and made Best Buy a rare outperformer in the retail sector. The reason for Best Buy’s outperformance is that the company has made big strides in its turnaround efforts. Just a few years ago, Best Buy’s earnings and stock price were crashing as the threat of Internet retail stealing its customers set in.

But Best Buy found a way to beat back the competition from online retailers and grow its business once again. Investors are reaping the benefits, as the company recently rewarded shareholders with a large dividend increase, special dividend, and $1 billion stock buyback. Below we discuss the keys to Best Buy’s impressive comeback.

For several years, Best Buy fought against price deflation in electronics, its core business, as well as the feared “showrooming” phenomenon. This described the trend of consumers going into Best Buy stores to view products in person and ask questions to staff, only to return home to buy the items cheaper online. This caused Best Buy to lose a significant amount of business, and its stock price fell to nearly $10 per share in 2012.

Fast forward and these problems are well in the rear-view mirror. Best Buy is back, and the company can credit its success to its Renew Blue turnaround initiative. This strategy included improving customer satisfaction, cutting costs, and focusing on the most popular products to cater to the consumers’ demands. In addition, and perhaps most importantly, Best Buy has invested heavily in its e-commerce business. The strategy has clearly worked, as Best Buy reported better-than-expected financial results in fiscal year 2016.

Best Buy grew its comparable store sales, a critical metric for retailers which analyzes sales growth at locations open at least one year, by 0.5%. While not an overly impressive figure, it nevertheless represents growth, which in itself is impressive given the broader weakness seen among many retailers over the past year. Once again the biggest source of strength for the company last fiscal year was its e-commerce business. Comparable online sales rose 13% last year, and e-commerce now comprises 15% of Best Buy’s total U.S. revenue.

Last year was the second in a row that the company grew its domestic revenue and also expanded its operating margin. Domestic revenue growth is being fueled by strong demand for wearable devices, driven by the health and wellness trend, as well as rising sales of home appliances, which can be attributed to the strengthening labor and housing markets in the United States.

Now that Best Buy has returned to strong profitability and is generating healthy levels of cash flow and returns on capital, the company can afford to return more cash to shareholders going forward. It announced a trio of shareholder rewards all at once—a 22% dividend increase, a $145 million special dividend, and a $1 billion stock buyback authorization.

The new regular quarterly dividend rate will be $0.28 per share or $1.12 on an annualized basis. The special dividend amounts to an additional $0.45 per share and is the result of legal settlements and asset disposals. Lastly, the stock repurchase plan represents approximately 8% of Best Buy’s current market capitalization and is expected to be completed over the next two years. As a result, these are clearly significant cash returns which strengthen the buy case for Best Buy stock. Both the regular and supplemental cash dividends will be payable on April 7.

In the future, it is unlikely that Best Buy can maintain dividend increases in excess of 20% annually, given it is still spending significant resources to turn around its business. But because of its low payout ratio and improving earnings metrics, investors should still expect healthy dividend growth each year. For that reason, we forecast 10% annual dividend growth over the next several years. Under these assumptions, Best Buy’s annual dividend payout will reach $1.64 per share by 2020.

Best Buy continues to turn itself around after a few very bad years, but the company is making real progress in its turnaround efforts. It is pursuing a customer-oriented focus of carrying the products in its inventory that are most popular. Right now, that includes wearable devices including smart watches, as well as home appliances. This is helping offset weak smartphone sales, although that also could turn around once the next mobile device cycle commences.

The bottom line is that with a 3.2% dividend, a special dividend, and a $1 billion stock buyback, Best Buy is an attractive stock for income investors.