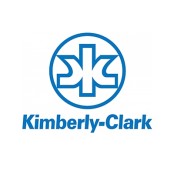 Consumer staples giant Kimberly-Clark (KMB ) is on a roll. The stock has returned 23% just in the past one year. This is a far greater performance than the stock market overall, as measured by the S&P 500. Kimberly-Clark has been a notable out-performer.

The reason why Kimberly-Clark enjoys a premium valuation is because of its defensive, recession-resistant business model and high predictability of earnings. Investors who buy the stock now are paying a fairly steep price for this reputation, but it is well-deserved. Kimberly-Clark’s earnings growth is artificially depressed right now because of unfavorable currency fluctuations, but its organic growth is impressive, particularly in the emerging markets. As a result, Kimberly-Clark is a top dividend stock.

Such a long dividend history has made Kimberly-Clark a prized holding for dividend investors. Its success is due largely to the company’s strong brand portfolio, which includes Kleenex tissues, Huggies diapers, Cottonelle, and Viva. The strength of Kimberly-Clark’s brands commands optimal shelf space at retailers, and also provides the company with significant pricing power. This is why Kimberly-Clark’s organic sales, which excludes the effect of foreign exchange, rose 5% last year—a much better growth rate than many of Kimberly-Clark’s competitors. This includes Procter & Gamble (PG ), whose own organic sales rose just by just 2% last quarter. And, P&G’s organic shipment volumes actually fell 2% for the period, indicating the company is still seeing lackluster demand for its products.

The other factor that separates Kimberly-Clark from its competition is its product innovation. Diapers are the key to Kimberly-Clark’s growth in recent years, particularly in the emerging markets, because of its new product line. For example, last year Kimberly-Clark’s organic sales increased more than 25% in China and 10% in Brazil. Overall, organic sales in developing markets rose 10% in 2015, led by the personal care business, which grew 14%. That was the fifth consecutive year that the personal care business grew by double-digits, and it is largely because of diapers sales in the emerging markets.

Looking ahead, Kimberly-Clark is pursuing significant cost cuts to further expand margins. Kimberly-Clark maintains an aggressive cost-cutting program called FORCE (focus on reducing costs everywhere), which has helped boost profits while revenue suffers from foreign exchange. Under this program, Kimberly-Clark reduced its operating costs by $365 million last year, which was actually above internal forecasts. Management expects another $350 million in savings in 2016.

Kimberly-Clark’s dividend growth has slowed in recent years, along with its earnings growth. But it is important for investors to know that this slowdown is primarily because of the rising U.S. dollar. This is not a case of a company suffering a meaningful deterioration in its business. Kimberly-Clark’s core business continues to operate well. It is seeing satisfactory growth in shipment volumes, which is a better indicator of how consumers view its products.

As a result, earnings declines based on currency are more artificial than earnings declines based on falling product shipments. Assuming the pressure from foreign exchange eases up at some point in the near future, Kimberly-Clark should return to more significant dividend growth. That is why, looking out to 2020, I am modeling 7% annualized dividend growth. Under these assumptions, Kimberly-Clark’s dividend will grow to $4.82 per share by 2020.

Kimberly-Clark is generating above-average growth within its industry, thanks to its strong brands and product innovation. Recent dividend increases have been disappointing, but going forward, the company should pick up its pace of dividend growth, as earnings benefit from organic sales growth and cost cuts. And, if the rally in the U.S. dollar eases, it will provide an additional tailwind.

Kimberly-Clark is a Dividend Aristocrat with a secure 3% yield, and as a result, is an excellent dividend stock.