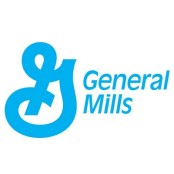 Consumer goods company General Mills (GIS ) has a remarkably long and stable history of rewarding shareholders. It has paid uninterrupted dividends for 117 years—more than a century of consecutive dividends. In addition, according to the company, General Mills has delivered a 13% compound annual growth rate in total shareholder return over the past 50 years.

Its remarkable history is due to its strong brands, including many cereal products like Cheerios, along with Pillsbury and Betty Crocker. But General Mills is not the same company today: It faces a starkly different consumer landscape than it did just a few years ago. In recent years, General Mills’ sales growth has slowed down. Consumers are widely demanding fresher foods like organics with healthier ingredients and are rapidly turning away from prepackaged, shelf-stable foods.

This has caught General Mills off guard, and its financial performance has been muted for several quarters in a row. The stock continues to do well, as General Mills is rewarded by investors for its reliable dividends. However, in order for the stock to continue to rally, the company needs to get ahead of the changing consumer preferences.

General Mills earned an adjusted $2.86 per share in fiscal 2015. General Mills’ revenue declined for the full fiscal year in the United States, as did its profits. For fiscal 2015, net sales fell 2%. Even when excluding the effects of currency translations, sales only inched up 1% and earnings per share grew 4%. But General Mills’ results were boosted by a 53rd week as well. When excluding the benefit of the extra week, the company saw a notable deterioration in its fundamentals.

Unfortunately for the company, fiscal 2016 is not projected to be much better. Management expects constant-currency net sales—which exclude the negative impact of the rising U.S. dollar—to decline at a low, single-digit rate. This means that even when stripping out foreign exchange, organic sales are projected to fall.

General Mills is seeing weak demand for its products, such as its canned and other shelf-stable items, which include Green Giant canned fruits and vegetables and Progresso soup. Sales are under significant pressure from changing consumer appetites. In the United States, consumers are showing an increasing desire for fresher, better-sourced ingredients. This explains the boom in organic foods. In response, General Mills bought Annie’s for $820 million, to supplement General Mills’ existing organic brands.

This has worked in the sense that General Mills now has an organics brand in its portfolio. But the problem is that its traditional shelf-stable and pre-packaged brands still represent the vast majority of its profits. For this reason, net sales declined 4% over the first half of fiscal 2016. Fortunately, General Mills still generates enough profits to reward shareholders with dividend raises. On March 8, it increased its quarterly dividend from $0.44 per share to $0.46 per share. That is a 4% raise and represents the seventh dividend raise since 2010.

General Mills might not be a premier growth stock, and its valuation could be cause for concern. The stock trades for 20 times forward earnings estimates, and more than 7 times book value. But General Mills remains highly profitable, with enough earnings to cover its dividend. This should allow it to continue paying and raising dividends for many years, which qualifies it as a strong dividend stock pick today.