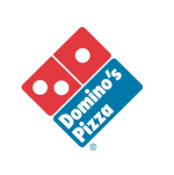 Domino’s Pizza, Inc. (DPZ ) is on a roll. After a multiyear transformation of its business model, Domino’s is quickly taking control of the pizza industry in the United States. The company’s comeback is truly impressive and has resulted in significant price gains for investors. In fact, as of its March 4 closing price, the stock has returned 28% in the past one year, not including dividend payments.

The company has kept its positive momentum going strong to start 2016. Domino’s reported strong earnings results and the company recently raised its dividend by 22%. This was notable not just because of the size of the increase, but because Domino’s had suspended its dividend payments from 2008-2011. In the aftermath of the U.S. financial crisis and ensuing recession of 2008, Domino’s suffered declines in revenue and did not have the excess cash flow available to pay its dividends.

What a difference a few years makes. Domino’s turnaround has materialized, the company is back to strong growth, and it is rewarding investors with compelling earnings and dividend growth. Investors should once again view Domino’s as an attractive dividend growth stock.

Pizza Is a Growth Industry

Domino’s has executed its turnaround strategy very well. Its financial results in 2015 proved this; revenue rose 18% year over year, excluding the impact of foreign exchange fluctuations. This allowed the company to increase earnings per share by 19% for 2015. Comparable store sales, a critical metric that shows sales growth at locations open at least one year, increased 12% for the full year. A big driver of this was its international operations. Domino’s has realized 22 years in a row of positive international same-store sales growth.

Some of Domino’s peers are growing at high rates as well due to the underlying fundamental strength of the pizza business model in the United States. For example, last year, competitor Papa John’s International (PZZA ) earned profit of $75.4 million, or $1.89 per share, on revenue of $1.64 billion. Year over year, earnings per share grew 19% in the fourth quarter and the full year, while total sales increased 5.3% in 2015. Papa John’s excellent earnings growth was due to 4.2% same-store sales growth in North America and 5.3% in the international markets last year.

Going forward, Domino’s will continue to focus its growth on the emerging markets, specifically India. In February, Domino’s announced it had opened 1,000 stores in that country. According to the company, India has more Domino’s stores than any other market outside the United States and is the largest pizza brand in India. Expanding into India makes a great deal of strategic sense because the country is a premier emerging market that is projected to grow its gross domestic product by 7.9% this year and 8% in 2017, according to the World Bank. Domino’s now earns more sales from international markets than it does in the United States, and its long-term forecast calls for 5%-7% net unit growth per year.

Due to its compelling sales and earnings growth potential, investors can expect Domino’s to maintain an aggressive pace of dividend growth. Dividend.com is forecasting Domino’s to raise its dividend by 20% over the next two years and by 15% thereafter through 2020 as it expands capital investment to build more locations. The following chart illustrates the growth of Domino’s dividend, which would reach $2.89 per share using these assumptions. That would provide a 2.2% yield on cost based on the stock’s March 4 closing price.

Domino’s has seen strong growth in revenue and earnings in the years since the recession ended in the United States. Its future looks very bright as the international markets present a compelling growth opportunity, particularly in emerging markets. After its most recent dividend increase, Domino’s stock yields 1.1%. This is a below-average yield, but Domino’s is an aggressive dividend growth company.

Due to its low payout ratio and earnings growth prospects, Domino’s has the potential to continue increasing dividends at double-digit rates for many years. Domino’s valuation may currently be too high, though, as the stock trades for 38 times trailing earnings and 27 times forward EPS estimates. As the preceding dividend growth analysis indicates, the company will only provide an average dividend yield after several years of high dividend growth. This means the stock is better suited for investors with longer time horizons, as opposed to investors who need income right now, such as retirees. The conclusion is that Domino’s is not a high-yield dividend stock, but it is a compelling dividend growth stock.

For more companies that recently increased their dividends, read about Symantec.