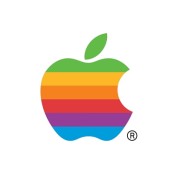 For many years, the technology sector was unanimously viewed as growth stocks. Companies were very reluctant to even consider the idea of paying dividends, preferring instead to reinvest all their cash flow back into their underlying businesses to generate future growth. Until recently, it was nearly impossible to find a technology stock that paid a dividend.

After the 2008 financial crisis, in which stock prices collapsed and wiped out billions of shareholder wealth, the technology sector slowly recovered and companies became more profitable. Their high levels of free cash flow soon got the attention of shareholders. Many of whom began insisting on dividend payouts as regular dividend payments are a valuable source of downside protection and a margin of safety.

In response, management teams have now widely embraced the idea of paying quarterly dividends to shareholders. One example is Apple Inc. (AAPL ), which instituted a dividend in 2012. Apple’s CEO Tim Cook, speaking at the company’s annual meeting, reiterated that Apple will raise its dividend each year. While income investors are sure to love Apple’s dividend and the promise of yearly dividend increases, one must ask whether Apple’s commitment to dividends is simply a sign that the company is no longer a growth stock?

Is Apple No Longer a Growth Stock?

If an investor evaluates Apple on its fundamentals, then it is clear the company remains a growth stock, because Apple is still generating very healthy growth in revenue, earnings, and cash flow. Apple earned $3.28 per share last quarter on $75.87 billion of revenue. Earnings per share rose 7% year over year, and revenue increased 2%. The results would have been even better if not for the strengthening U.S. dollar—constant currency revenue increased 8%. This is a very healthy growth rate in a challenging global economy and Apple is also generating solid growth from new products and services. Apple’s Services business includes iTunes, the App Store, Apple Pay, and Apple Music. That segment grew revenue by 26%. Separately, revenue from Apple’s “other” category, which includes the Apple Watch, iPod, Beats, and the Apple TV, was up 62%.

But, there are reasons for concern as well. Apple sold 74.8 million iPhones last quarter, up fractionally year over year. Revenue from the iPhone increased just 1%, which is causing investors to worry since the iPhone itself represents 68% of Apple’s total revenue. Apple recorded the lowest growth in iPhone sales since it was first introduced in 2007. Sales of other products disappointed as well. Revenue from iPads fell 21% year over year while Mac revenue fell 3%.

Still, Apple generated $23 billion of free cash flow in the first fiscal quarter, and it ended last quarter with $215 billion in cash, short-term investments, and long-term investments. This is what compelled CEO Tim Cook to say that Apple is intent on raising its dividend each year. Going forward, investors can expect at least 10% dividend growth based on Apple’s likely earnings growth and its 12% free cash flow payout ratio.

Reading Between the Lines

That being said, while Apple’s fundamentals indicate it is still a growth stock, it does not trade like a growth stock. Instead, Apple stock trades like a value and income stock. Apple shares are perpetually undervalued by the market. Even now, the stock trades at just 10 times EPS, a meaningful discount to the overall market valuation. The S&P 500 technology sector trades for 18 times earnings, and the overall S&P 500 trades for 20 times EPS.

The reason why Apple stock is so cheap is because investors are concerned about the future. While Apple’s earnings results were impressive, its growth slowed down considerably last year. Investors are afraid that future growth will continue to trend down. Those fears were exacerbated by Apple’s poor forward guidance. Apple forecasts $50-$53 billion of revenue in the current quarter. That would represent an 8%-13% year over year decline. This is rare territory for Apple. If its forecast proves accurate, this quarter would be the first revenue decline in 13 years.

Investors are also worried about comments made by Apple management regarding China. China once again led the way with 14% year over year revenue growth, but CEO Tim Cook said on the conference call that the company is indeed seeing signs of softness there. Since China is now Apple’s second-largest market by revenue, as it recently passed Europe, this is a concern. The hope is that Apple begins to grow in new markets such as India, where the company has just a 2% market share. India is a premier emerging market with a population of 1 billion and an expanding middle class, making it fertile territory for Apple.

Understanding the relationship between Apple’s fundamental results and the way its stock trades provides valuable insight into how the market views the stock. Investors are reading between the lines and seeing that Apple’s long-term growth trajectory is likely to be much lower than its historical rate of growth. That is a clear indication that Apple is no longer viewed as a growth stock. But that does not mean it cannot be a valuable portfolio holding, particularly for income investors.

While Apple stock still deserves to be recognized as a growth stock, it is clear that investors do not see it as one. The stock is very cheap on a relative valuation basis. It is perpetually undervalued compared to both its industry peers and the overall stock market.

The good news is that this has potentially created a great buying opportunity. Investors have the chance to purchase Apple at single-digit valuation levels across a number of metrics excluding the company’s net cash position. Apple stock pays a 2.1% dividend yield and it is likely the company will grow its dividend at 10% per year or more going forward, due to its low payout ratio and high earnings growth. Although Apple is not viewed as a growth stock, it remains a top dividend stock.