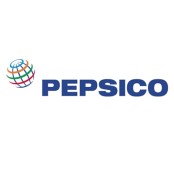 PepsiCo (PEP ) recently raised its dividend by 7% effective with the June payment. This is the 44th year in a row that PepsiCo has increased its dividend, which is one of the longest track records of dividend increases. PepsiCo’s new annualized dividend will be $3.01 per share, which equates to a 3.1% yield based on its February 11 closing price.

PepsiCo’s dividend yield beats the yield on the S&P 500 Index by approximately 90 basis points. In addition, it has achieved above-average dividend growth for many years, backed up by strong underlying fundamentals. The takeaway for investors is that PepsiCo is a top dividend stock.

The strength of PepsiCo’s business model lies in its diverse product portfolio and strong brands. The company has a large beverage portfolio, driven by its flagship Pepsi brand. Its other popular beverage products include Gatorade, Tropicana, and Lipton. It also has a large food business with brands like Frito-Lay and Quaker. PepsiCo’s total revenue is roughly evenly split between food and beverage, and each side contributes to the company’s earnings growth.

PepsiCo realizes a great deal of synergies from its food and beverage businesses working in tandem, but it might not have always been that way, especially if an activist investor had his way. Two years ago, PepsiCo’s Board of Directors received a letter from Nelson Peltz of Trian Fund Management urging the company to strategically separate its food and beverage businesses. Peltz wanted the company to pursue a spin-off, which he believed would create value for shareholders. In Peltz’s view, PepsiCo stock was not being valued highly enough as a single entity.

PepsiCo management turned down his request. While the company received a fair amount of criticism for that decision, it turned out to be the best move for the company. What Peltz did not realize is that the Pepsi brand was still profitable, despite the lack of growth in the soda category. Furthermore, and more importantly, keeping both the food and beverage businesses together provided PepsiCo with significant scale and leverage benefits with retailers, which helps earnings across both segments. This is the critical point that Peltz did not anticipate.

In addition to its regular dividend, PepsiCo returns even more cash to shareholders through stock buybacks. The company returned $9 billion to investors in 2015 in dividends and share repurchases and expects to return a total of $7 billion to investors in 2016. Further dividend increases are very likely. First, PepsiCo maintains a modest payout ratio. It expects to pay out approximately 60% of its core 2015 earnings. In addition, over the past 10 years, the company has increased its dividend by 10% compounded annually.

As a result, investors should expect dividend growth to remain in the 7%-10% range for the foreseeable future. Assuming 8% dividend growth, PepsiCo’s dividend will rise to $4.10 per share by 2020. That would provide an excellent 4.2% yield on cost for investors buying today.

PepsiCo is a very stable consumer goods company. It continues to grow earnings both domestically and abroad, thanks to its large portfolio of popular products. The stock pays an attractive dividend yield and grows its dividend reliably each year. Income investors should consider making PepsiCo a core holding.

Disclosure: The author is long PEP.