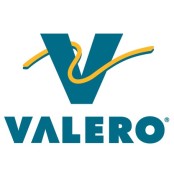 Many energy stocks have plummeted over the past year. Investors are well aware of the steep decline in oil prices that has caused the sell-off across the energy sector. With U.S. oil struggling to stay above $30 per barrel, profitability has collapsed for most energy companies. But not all energy stocks are falling. Refining stocks are actually doing well. For example, shares of refining giant Valero Energy (VLO ) are up 34% in the past one year.

Valero stock has strongly outperformed the broader market in that time, by almost 30 percentage points. This is shocking in light of the huge decline in oil prices. But investors should know that as a refiner, Valero is not being damaged by the downturn. In fact, refiners like Valero actually do better when oil prices are declining. Below, Dividend.com dives into Valero’s fundamental strength that makes it an attractive dividend stock even with low oil prices.

The oil refining business is much different than other areas such as exploration and production, or midstream transportation. Refiners do better in an environment of declining oil prices. Over the past year, oil refiners have seen their profitability improve as the price of oil collapsed. The reason is that as oil falls, so do refining feedstock costs. This expands refiners’ spreads and profit margins. The result is that low oil prices are actually a strong tailwind for earnings per share.

For example, Valero earned $9.24 per share in adjusted profit in 2015. That represented 38% year-over-year earnings growth. Not surprisingly, Valero’s large refining business was its source of strength. Last year, the company managed to dramatically reduce costs, a notable feat that is a testament to the fundamental tailwind presented by lower oil prices. The refining business grew operating profit by 18%, thanks to a 3% reduction in refining operating costs in 2015. Throughput margin, per barrel, increased 17% last year.

Improving its refining margin has been crucial to Valero’s success. Its refining business actually represented more than 100% of its operating income last year since the company reported a loss in its corporate segment. This shows that Valero is a refining pure play, and if oil prices stay this low for a prolonged period, its earnings will continue to grow at double-digit rates.

While most energy stocks are struggling just to keep their dividends intact, Valero’s dividend is in high growth. In total, Valero has raised its dividend by 50% over the past one year. Going forward, however, it is unlikely the company will be able to maintain such an aggressive pace of dividend growth. Last year was the worst year for the oil market since the Great Recession of 2008. It is not likely that oil will keep declining at such high rates over the long term. The company maintains a payout ratio of just 26%, so that should still leave enough room for solid dividend hikes. Because of its rising profitability and low payout ratio, it is not unreasonable to model 10% dividend growth over the next several years.

In 2020, using these assumptions, Valero’s annualized dividend will reach $3.51 per share. That would represent a 5.1% yield on cost based on today’s stock price.

As an oil refiner, Valero is largely insulated from the carnage sweeping through the oil and gas industry. This is why its stock price has outperformed the broader market by such a large degree. Further, Valero’s rising profitability is what allows the company to increase its dividend at high rates.

Going forward, the company’s ability to continue its rapid dividend growth depends on the future trajectory of oil prices. Under an environment of lower-for-longer oil, Valero should have little trouble raising its dividend at double-digit percentages over the next several years. That, along with its current 3.5% yield, makes Valero an attractive dividend stock in the energy sector.