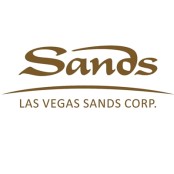 Typically, companies need to be in generally good financial health in order to raise their dividends. After all, companies can’t make payouts to investors if they are not generating the necessary earnings and cash flow.

But when it comes to Las Vegas Sands (LVS), that isn’t really the case. The casino and leisure giant is in a difficult position. Gaming in the Macao market, a major revenue driver, has fallen over the past year. This has caused Las Vegas Sands’ earnings to decline at rates that would normally all but eliminate the chances of a dividend increase.

And yet, on January 28, Las Vegas Sands increased its dividend by an impressive 10%. Should investors bet on Las Vegas Sands and its ability to sustain higher dividends during this challenging environment?

Las Vegas Sands’ stock price has declined 23% over the past year. It currently trades around $43 per share, a far cry from its 52-week high of $61 per share.

At the heart of the Las Vegas Sands’ woe is the dramatic decline in gambling activity in Macao, a key region for the company. Macao is the only region in China where casinos are allowed. China is a critical market for Las Vegas Sands since gambling is very popular there. China is also a premier emerging market. Its economy is growing at high rates, and it has a population exceeding 1 billion. Its growing economy and rising consumer class make it fertile territory for Las Vegas Sands. But China’s crackdown on criminal activity and the declines in the Chinese stock market are suppressing gaming activities.

The company’s earnings reports reflect these challenges. Last year, Las Vegas Sands’ revenue and earnings per share declined 20% and 29%, respectively. Not surprisingly, the weakness was concentrated in its core casino operation. Revenue in that business dropped 24% in 2015. Outside of that, Las Vegas Sands did reasonably well. Revenue dipped slightly in its rooms, food and beverage, and convention segments. But revenue from malls increased 2%. The problem is that the casino business represents almost three-quarters of Las Vegas Sands’ total revenue. The weakness in Macao is weighing on the company. Revenue at Sands China fell 28% for the year.

This has spooked investors, who were previously accustomed to strong growth rates. Las Vegas Sands grew earnings per share by 26% the previous year. As a result, the uncertainty revolves around whether last year’s poor performance was merely a temporary bump in the road, or if instead it represents the beginning of a longer-term deterioration. In an attempt to keep shareholders on board with the company’s turnaround efforts, management has aggressively continued to increase the dividend in recent years, despite the downturn in business conditions.

This Dividend Increase Is a Gamble

The key takeaway for investors is that while Las Vegas Sands’ dividend increase is impressive, and the 6.7% yield is attractive, there is little availability for future dividend growth—and, there are risks to the dividend. The dividend payout ratio currently exceeds 100% of earnings. If the declines in revenue and earnings continue, the company will not be able to maintain its dividend forever. No company can pay a dividend if the supporting profits and cash flow aren’t there. Investors should keep this in mind before wagering on Las Vegas Sands and its dividend.