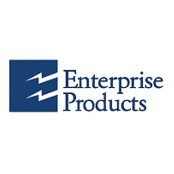 Enterprise Products Partners (EPD ) struggled throughout 2014 and 2015 from the downturn in the commodities market. The price of oil in the U.S. is teetering above $30 per barrel, down from its 2014 high of over $100 per barrel. As a result, units of the midstream energy giant are down 24% in the past year.

In January, Enterprise raised its quarterly distribution. This was notable because the stock already yielded more than 6%, thanks to the sharp sell-off in its unit price over the past year. Throughout the downturn Enterprise management has insisted that its steady cash flow can sustain its distributions.

The new distribution is $0.39 paid quarterly, or $1.56 annualized. It is a 5% increase versus the same first-quarter distribution in 2015. Enterprise has a phenomenal track record of distribution growth. This raise marks the 46th consecutive quarterly increase and the 55th increase since the company’s initial public offering in 1998.

With such a steady pace of distribution growth and a 6.5% current yield, Enterprise could be a valuable addition to an income-focused portfolio—but this high distribution is not without risk.

The entire MLP asset class has sold off during the past year, reflecting investor fears of impending distribution cuts and collapsing cash flow. Investors are right to be wary. Distribution cuts across the MLP asset class accelerated last year, due to the persistent low-price environment. These companies tend to have high levels of debt on the balance sheet, and with the prospect of rising interest rates in the United States, there is only so much cash to go around.

What has spared Enterprise from cutting its distribution, thus far, is a strong network and high-quality assets. In addition, Enterprise has a manageable level of debt on its balance sheet. Its underlying distributable cash flow, a non-GAAP metric often utilized by MLPs instead of traditional earnings per share, covered its distribution by 1.3 times in 2015. Enterprise generated $4 billion of distributable cash flow last year, which was a record for the company.

Enterprise’s solid cash flow is due to its excellent assets, which include approximately 49,000 miles of pipelines, 250 million barrels of storage capacity for natural gas liquids, oil, refined products and petrochemicals, and 14 billion cubic feet of natural gas storage capacity. These assets can still generate cash flow, even when oil and gas prices decline because they are predominantly fee-based. That means they operate more like toll roads. Enterprise collects fees based on volumes transported, and as long as demand remains stable, its cash flow is not overly dependent on underlying commodity prices.

Investors remain unconvinced, given the dividend cuts that have transpired throughout the energy sector in the past year. But Enterprise is still generating more than enough cash flow to sustain its dividend. The biggest risk going forward is whether it can continue accessing the capital markets to fund future growth projects. To reduce its reliance on the debt and equity markets, Enterprise sold $1.6 billion of assets in 2015 to finance its expansion projects. Investors should expect more of the same in 2016 if oil and gas prices remain at extreme lows.

However, there is a natural limit to how many assets can be sold off. Given the uncertain commodity price environment, and the insistence by OPEC to not cut oil production, it is prudent to lower future distribution growth forecasts. As a result, I am modeling 3% annualized distribution growth for Enterprise, to be only slightly higher than inflation. Of course, a rapid recovery in commodity prices over the next year would change this, but that is far from certain as of yet.

Enterprise’s distribution eventually reaches $1.76 per unit by 2020, which would provide a 7.4% yield on cost based on the January 28 closing price.

Midstream energy companies like Enterprise are suffering from the huge drop in oil and gas prices. Thus far, Enterprise has maintained its distribution growth, thanks to the steady cash flow generated by its high-quality assets. The company may have to cut future capital expenditures and continue selling assets to sustain its distribution if oil and gas prices do not recover in 2016. There is a limit to what this can accomplish, however, so investors should know Enterprise’s distribution may be cut if oil stays below $35 per barrel for a prolonged period of time—but, if investors are not afraid to take above average risk, Enterprise’s 6.5% yield is very attractive.