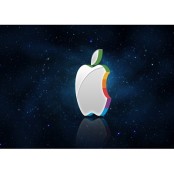 The Apple of My Eye

Apple Inc. (AAPL ) used to be a perennial favorite of hedge funds up until a few months ago. It’s fair to say that the company is known to most people in the world. Steve Jobs was loved and revered equally by Wall St and by Apple’s customers. To say Apple is an iconic company would be an understatement. As of 2016, the company holds a record $150B in cash on its balance sheet. It has customers willing to sell their kidneys in China to buy its products but, for some reason, its stock seems to have fallen out of love on Wall St.

There are, of course, legitimate concerns. The recent selloff has been prompted by reports that Apple has cut supplier orders for some of its components on the iPhone 6 & 6S. In an upgrade cycle, this should not be news; after all, if you are launching a new product you want to retire old ones. However, the iPhone 7 (or the next version of the iPhone) is still 9 months out—Apple typically launches an iPhone prior to the back to school season. So, if that’s the case, why the cuts? One rumour has been slowing iPhone 6 sales. After all, Apple has been on an unbelievable run since 2007, a slowdown in growth is expected.

Too Big to Grow?

Apart from this, Apple, like other major smartphone makers, is facing a product conundrum. The last 9 years have been characterized by an insatiable appetite for smartphone and apps—as we close in on a decade of the app era, there is a certain level of app exhaustion, which in turn has led to falling smartphone shipments across the board. Certain other initiatives like Apple Watch and Apple TV are doing well on their own, but they hardly make a dent in Apple’s bottom line.

Apple Watch with all its glitz is only $3B revenue business. Apple TV, long considered a hobby, albeit a profitable one, brings in under $2B. That leaves us with the iPhone, iPad and Mac. iPad momentum began slowing in late 2013 and, if rumours hold true, iPhone sales will also grow more slowly in 2016 than in previous years. Mac sales meanwhile have held firm, given steep declines in PC sales. In short, despite Apple’s stellar growth in wearables and entertainment, it is simply too small to cause a positive dent in the mothership.

Having said that, Apple is still growing. It is now showing signs of maturity. Given how well the iPhone has done, it is almost becoming a utility play for the smartphone age, until, of course, it out-innovates and brings in yet another game changing product. This is where the real concern is, previously Apple had the genius of Steve Jobs.

In the post Jobs era, does the bench at Apple have enough genius to build a world class product? The jury is still out, but it should be noted that Apple currently has lots of “vertical geniuses” in Craig Federeghi (iOS/Tech), Tim Cook (CEO/Supply Chain), Eddie Cue (Media/iTunes) and Angela Ahrendts (SVP/Retail). Each one has enough experience to run a Fortune 500 company on their own; however, the combined genius may be missing and this is reflective of their acquisition of Beats Music—a highly unlikely M&A event in the Steve Jobs era.

Steve Jobs was not a vertical genius; he was, however, a product genius: He understood nuances and could articulate them in a vision that translated into exceptional products. For investors, the real issue isn’t about Apple’s slowing growth, it is about the lack of vision which seems to be translating into a lack of products in the pipeline.

Having said that, it should be again noted that Apple is not staring down the barrel. It has an extremely strong and capable management. Apple can simply buy its way into innovation, and it is an open secret in Silicon Valley that Apple is developing a self-driving car. Given that it is in Apple’s DNA to own the “full stack” (hardware and software), it won’t be surprising if Apple simply becomes a car manufacturer of the highest quality, or even ends up buying Tesla. It certainly has all the cash in the world to buy and out-innovate just about any company on the planet and keep disrupting traditional industries by creating world class products.

Additionally, value investors should also be tipping their toes in Apple to buy a company that has fallen into the low 90s. Apple’s PE at 10.5 lags the S&P by almost 40%. It has a dividend yield of 2.2% and as it continues to research on building the next game changing product (or car!) it is near certain that Apple will likely raise its dividend and/or give a special something to shareholders (buyback?) in the face of slowing iPhone sales and the unutilized cash. Apple, in 2016, is a conviction buy for value investors.