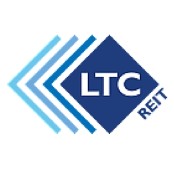 LTC Properties: This REIT Looks Healthy for Decades to Come

Equity and preferred shares make up 75% of their capitalization while the rest is debt (bank borrowing and senior unsecured loan) that has a weighted average rate of 3.7%. An important point to note is that they have zero secured loan.

Following is a 1-year chart of LTC Properties’ stock from Feb 2015 – Jan 2016. It has withstood the recent market turmoil which prompted us to look deeper into its fundamentals.

All of their leases are triple net leases which require the lessee to pay additional charges, including all taxes, insurance, assessments, maintenance and repair (capital and non‐capital expenditures), and other costs necessary in the operation of the facility.

Coupled with that they have minimum near term lease maturities

According to information obtained from the U.S. Census Bureau, Centers for Medicare & Medicaid Services, and the National Investment Center for the Seniors Housing & Care Industry, there are limited additions to supply for senior housing and long‐term care properties, which should help bolster long‐term occupancy levels.

Operator diversification below does not reveal a large concentration risk.

They have strong favorable catalysts in their favor in the form of an “Aging America.” The population aged 75 and over is expected to increase by 89% by 2030. National healthcare spending is poised to increase to $5 trillion by 2020. LTC is betting big on memory care since 42% of the residents living in their assisted living properties have Alzheimer’s disease.

The annual cost for caring for people with Alzheimer’s disease is expected to increase from $226 billion in 2015 to $1.1 trillion by 2050. They operate in a defensive industry with a rapidly growing target market.

P/FFO is a key measure to value REITs. Data for trailing 12 months reveal that the TTM P/FFO per share is 16.20. Next year’s growth estimates by analysts point to 6-7% growth which leads to a forward-looking P/FFO of 15.20. The forward-looking valuation of 15.20 is because it’s a relentless dividend raiser and keeps giving modest growth. Valuation is not cheap, but it’s also not expensive for such a defensive business. LTC has been consistently giving modest growth and has many more tailwinds than headwinds, which point to a significant opportunity for growth going forward. It’s safe to assume that $46-$50 would be a safe price target for LTC next year end.

Dividend.com suggested investing in REITs before the Federal Reserve rate hike. Not surprisingly, they have stood steady amidst trillions being wiped off the market. LTC Properties could be your hedge to a portfolio that could possibly be hammered by China’s turmoil, as the Shanghai Composite has broken its key support level of 3,000.