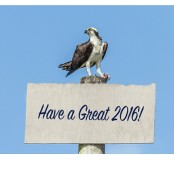 So far, 2016 has been off to an ugly start for the stock market. China and oil have dominated market action, and pretty much every sector is near correction territory. Crude oil is down 19%, China is in bear market and the major indices are all down anywhere from between 9-12%. Market sentiment is very negative and most traders are selling into rallies, something we haven’t seen for quite a long time.

With the Fed liftoff taking place in December, the era of rising interest rates has begun, albeit in a muted fashion—it is highly unlikely the Fed will do more than 3 interest rate hikes. Interest rates are expected to hover around the 0.75% to 1% mark for a reasonable period of time. Additionally, while global trade growth is anemic, the global consumer—much like the consumer in the US—is alive and well. A weaker oil also benefits the consumer, providing additional discretionary dollars to spend. From a macroeconomic perspective, this means that consumption-driven economies will do well, as opposed to those that are producing.

Needless to say, this will filter down to the stock market. Having said that, 2016 (especially 1H) is expected to be fairly volatile, which means that stock picking is also going to be that much more important.

In this context, Dividend.com reviews the following as the best five opportunities for trading in 2016.

We know what you are thinking, and you are right. With the advent of self-driving cars and electric vehicles, oil is undoubtedly in a secular bear market. In the short term, however, the selloff in oil has been overdone.

More recently in 2008, crude hit an all-time high of $145. The low for this cycle has yet to be tested, and the historical trendline would suggest a bottoming between $30 to $35, crude’s existing trading level. Also to be noted is the fact that crude took roughly 27 years (1981 to 2007) before it crossed its inflation adjusted high in 2008. There were, however, several rallies between 1987 (the bottom) and 2008. Each of those rallies averaged around 20%, and given the current level of oil, a $43 target is not that far off—although there may be short-term pain in 1H 2016.

Another way to play oil would be through some of the bigger names in the energy complex. While earnings have taken a massive hit across the board, Big Oil’s balance sheet is far stronger than some of the leveraged plays in the space giving those companies more room to ride out the volatility. In addition, Big Oil’s average dividend has been around the 3% mark, which makes it all the more reason to own them vis-a-vis some of the smaller plays.

Like oil, commodities have taken a hammering. Copper was recently trading in the $4,300 metric/tonne range, its lowest since 2009. Weak demand from emerging markets and China, oversupply of cheap iron ore and highly leveraged balance sheets have roiled global players including ArcelorMittal (the world’s largest steel miner); Freeport McMoran which does both oil and copper has found itself between a rock and a hard place after an ill-timed acquisition of oil assets earlier in the decade; and finally, Glencore which should have been one of the strongest players had it not been for another ill-timed acquisition of Xstrata in 2013.

All of these companies have high levels of debt. Glencore’s CDS spreads last week suggested a 45% chance of the company going belly up. By some estimates, Glencore’s debt load at the end of 2015 was $25B this was after reducing it from $30B. ArcelorMittal is idling several plants in the US and Freeport is doing the same and divesting assets elsewhere. Having said that, all three companies especially Glencore, have extremely strong and competent management teams.

Given that commodities have been on a negative trend for nearly four years, it seems that the capitulation mark is being crossed with the recent selloff and will provide good buying opportunities at current levels for the long-term investor and a short term trader.

Cheap oil and cheap commodities make consumers’ wallets a little fatter—and in the digital age, this means buying into platforms and brands that have scale. Apple is one such company. The slowing growth of iPhone sales has hit Apple so hard it is down 25% from its high in the fall, and even more astounding is the fact that despite having one of the best growth rates (albeit a slower one) and a heavily fortified balance sheet, it has a PE of 9. Apple is a conviction buy and expect Tim Cook to announce a special something—a one-off dividend or a hike—for shareholders in 2016.

Cord cutting is hurting big media companies, and Netflix has announced it’s going to bring everything to the battle for the future of television in whatever form that may be. It is also going global, attracting more consumer dollars in the process. While the stock is definitely pricey, any dip should be viewed as a buying opportunity, especially in the lower 90s.

Google’s ability to capture ad-spend from retailers and brands in local markets presents a unique opportunity to be exposed to the global consumption play, especially in countries like the U.S. & India. In addition, Alphabet’s other moonshot ventures present an incredibly big growth opportunity.

2016 is undoubtedly the year of volatility. While it may not spike to all-time highs, a prudent approach is to hedge high beta bets by buying protection. The best way to buy the VIX is to go long the ETN VXX, which currently trades in the mid-20s.

In addition, any Chinese company that is on the production side of the economy (for example, industrials and real estate) is likely to be under duress as the economy slows. Many companies in both sectors have borrowed heavily, and that should be a significant cause of concern as asset prices continue their correction and deflationary spiral.

Granted GE and CAT may not be the best examples when we say the word “enterprise”, but what we mean by enterprise here is the convergence of the internet, industrial technology and the cloud. All four companies are enormously large, and with the exception of GE (which has undertaken a series of divestitures)—all three of them are grappling, albeit successfully. with tectonic shifts in their markets.

Oracle is embracing the cloud as it continues on a buying spree of small- and mid-sized tech companies for their technology stack, which it is then integrating into the Oracle cloud covering day-to-day business functions like sales, marketing, payrolls and internal management among other sectors for large scale customers. IBM is doing the same with its cognitive solutions unit Watson, which is aiming to reach $10B in annual revenues by 2020. Notably, Warren Buffett has lost quite a lot on IBM investment: While directionally the investment is correct, it came in perhaps a little too soon. Meg Whitman continues to be a bearer of bad news, but given how well Watson has been received, that tide is likely to change in 2H 2016 and beyond.

Caterpillar is a standout given its exposure to China and the commodities sector, however, as construction activity picks up in the US and India, and Europe staggers back to growth, it should see a decent move up after a brutal three-year drop which has seen a nearly 50% drop in its shares. Finally combined, the average dividend yield of the four stocks is a cool 4%.

Quick notes: when we mean price target, we expect the stock to rise to that level sometime during the course of the year. We may have positions in one or more of the above-mentioned trades and as always please consult your own financial advisor before acting on any ideas or recommendations.