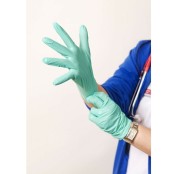 2016 hasn’t started out well for the U.S. stock markets. Both the S&P 500 and Dow Jones Industrial Average are negative so far this year, with both indices down more than 5%.

Many investors, sick of the volatility, have looked to move into more conservative sectors—loading up on things like utilities, consumer staples and REITs. Health care REITs are particularly popular since they aren’t heavily correlated to the overall markets. Their outsized dividends don’t hurt either. Let’s take a closer look at five of the most popular health care REITs.

LTC Properties invests primarily in seniors housing. It owns 209 facilities across 29 states, which it then, in turn, leases to third-party operators. Approximately 60% of the REIT’s revenue comes from skilled nursing facilities, with 35% coming from assisted living and the rest from a range of care facilities. Of the 209 facilities, 55 are located in Texas. If oil continues to stay at its current level, this could weaken some of LTC’s properties in the state.

LTC has been an aggressive acquirer of properties over the last 15 months, spending a combined $218.3 million on 21 different facilities. This has provided a nice boost to funds from operations (FFO). In the first nine months of 2015, the REIT’s FFO per share rose from $1.91 to $2.06, while its occupancy ticked up to 84%. Dividends during that time were $1.53 per share, giving the company a payout ratio of only 74%.

The company also has more than $200 million invested in first mortgage loans, secured against 36 different properties. These loans have attractive interest rates, ranging between 7.8% and 13.8%, with maturities stretching out until 2045. LTC has solid assets which should continue to perform well even if the overall markets continue to decline.

National Health Investors has a very similar business model to LTC Properties. It owns and provides financing for 188 properties located in 31 different states. Approximately 14% of its income comes from loans with the rest coming from operating leases. Its occupancy stands at 86.3%, up nicely from 83.5% a year ago.

National Health’s properties are primarily located in the Midwest, with very little exposure to oil-rich areas like Texas or North Dakota. With just 10 of its 179 operating leases coming up for renewal before 2019, this company should be able to maintain earnings and dividends for investors, even if the overall market turns really nasty.

NHI has done a nice job growing its dividend. In 2005, the company paid out a quarterly dividend of $0.50 per share. In 2015, the dividend was up to $0.85 per quarter, good enough for a CAGR of about 5.5% annually. With a payout ratio of 79.4% of funds from operations and growth expected to be around 5% in 2016, this compounder shows no signs of slowing down.

Universal Health is a smaller operator, with a market cap of just $666 million. It has investments in 62 different properties in 18 states with 70% of its properties being medical office buildings and 20% being acute care hospitals.

Like LTC properties, Universal Health has a Texas concentration risk. 17 of its 62 properties are located in the Lone Star State, which could see weakness from crude oil’s continued weakness. However, long-term growth for the company continues to look good based on demographic trends and increased medical spending.

Based on the results of the first nine months of 2015, Universal Health is on pace to generate $2.84 per share in funds from operations in 2015. At a share price of $49, shares trade at 17.3 times FFO, which is a bit more expensive than its peers. The REIT’s dividend of $2.58 per share continues to look safe; although, investors were probably a little disappointed with the latest increase of just $0.02 per share annually.

HCP Inc. is the largest health care REIT in North America, with a market cap of more than $17 billion. This REIT has a diverse portfolio of 1,280 properties with 38% in senior housing, 24% in post-acute/skilled nursing, and the rest spread between life sciences, medical office buildings and hospitals. Approximately 5% of its portfolio is located in the UK, and this international exposure is causing a slight negative effect to earnings because of the strong U.S. dollar.

HCP has terrific occupancy rates across all of its asset classes. Its medical office portfolio is at 91% occupancy, with life sciences coming in at an all-time high of 98.1%. The company also has some $500 million worth of assets under development, and it intends to take advantage of the strong U.S. dollar to continue acquiring assets in the UK.

HCP has raised dividends for 30 consecutive years, a streak that looks poised to continue. At just 13.7 times projected funds from operations, shares in this health care REIT look pretty good.

Omega Healthcare owns more than 900 properties in 41 states and the UK, with a focus on skilled nursing facilities. Only 23 of its facilities are located abroad, which avoids the problem of a strong U.S. dollar bringing down earnings.

The company has a solid occupancy of 81.9%, which is about average for the part of the sector it’s in. Interesting to note is the REIT’s weak occupancy in Texas, where Omega currently has 9% of its assets—only 70.4% of its beds in the state are occupied.

In turbulent times, health care REITs can make great investments. They provide great dividends and recession-resistant earnings. Spending on health care is bound to go up over the long-term as well, as our aging population needs more care.