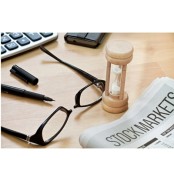 Market Glance for December 14th: The Focus Is on the Fed, Not FedEx

After last week’s energy stock-related losses, investors are going to have a hard time gauging this week. That’s because ALL eyes are going to be focused on Wednesday the 16th—the day we’ll know whether or not the Fed is going to raise benchmark interest rates. If it holds true and the Fed increases, either investors will run for the hills as they sell risk or it’ll be a non-event since it’s been predicted for months now.

As if that wasn’t enough, we’ll see some pretty important inflation, manufacturing and consumer data released this week as well. On the earnings front, several key economic bellwethers will also report. Guidance as always will be key.

All in all, it could shape up to be a wild ride awaiting the Fed and its much-telegraphed decision, and the aftermath. Perhaps even more so, if the decision surprises.