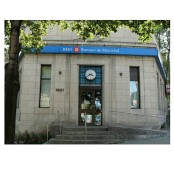 On December 1st, Bank of Montreal (BMO ) reported strong fiscal fourth quarter and full-year earnings. As a major financial institution, Bank of Montreal is reliant on a growing global economy, supportive credit markets and a strong loan portfolio. It currently has all of those things intact, which is why the bank grew net income by double-digits last quarter. This should pave the way for further growth next year, as should the prospect of rising interest rates.

On the same day it announced earnings, Bank of Montreal also increased its common stock dividend. This was a vote of confidence from management that the bank is generating enough profit to sustain its dividend, and that there are catalysts for future earnings growth as well. Dividend increases are arguably the best sign that management foresees growth in the future.

Dividend.com discusses Bank of Montreal’s successful year, which allowed for its dividend increase, and why the bank has future growth catalysts to drive continued dividend growth next year.

Last quarter, Bank of Montreal reported a 17% increase in earnings per share, year-over-year. In U.S. dollar terms, the bank earned $1.39 per share on $3.77 billion of revenue. The results beat analyst expectations, which called for $1.32 per share of profit. One of the biggest factors helping the bank was an improving loan portfolio: Bank of Montreal reserved $128 million for credit losses last quarter, down from $170 million. In addition, the bank reported a satisfactory 10.7% Basel III Common Equity Tier 1 Ratio.

Reflecting its strong year, the bank raised its quarterly dividend to $0.84 per share, up 2.4% from the previous level. The bank also announced its intention to repurchase up to 15 million shares of its stock—this is a significant buyback which will help generate earnings growth in future quarters since fewer outstanding shares mean each remaining share is entitled to a greater portion of earnings.

Bank of Montreal’s loan metrics are improving, which provided the Financial Services Company with satisfactory earnings growth in 2015. This is why management felt comfortable announcing such significant cash returns to shareholders. However, investors have become impatient with the Financial Services Company; shares of Bank of Montreal have lost 16% of their value year to date. Going forward, Bank of Montreal is counting on an interest rate hike to keep its earnings and dividend growth on track.

Going forward, the biggest catalyst that would help Bank of Montreal continue growing is a rise in interest rates. As a major financial institution, Bank of Montreal’s business model is to take in deposits and make loans. The Financial Services Company earns a profit on the spread between the interest it pays on deposits and generates on its loan; this is referred to as the interest rate spread—when interest rates rise, it increases the spread, since the additional interest received on longer-dated loans exceeds the extra interest paid on shorter-term deposits.

As a result, when interest rates rise, banks’ net interest margin rises as well. In the United States, investors have long awaited the first interest rate hike since 2006. In an effort to resuscitate the economy after the massive economic downturn in 2008, the U.S. Federal Reserve lowered its Fed Funds rate (the rate that banks charge each other for loans) to its current level of zero. This zero interest rate policy has helped lift asset prices, but financial institutions have suffered lean margins.

Bank of Montreal: An Attractive Stock For Value, Dividends

Bank of Montreal’s share price has underperformed the equity markets this year. Investors appear impatient its growth—but an interest rate hike by the U.S. Federal Reserve could be the catalyst needed to propel the stock price higher. In the meantime, Bank of Montreal is an attractive option for value and income investors.

The stock trades for 12 times earnings, which is a significant discount to the broader market. By comparison, the S&P 500 trades for approximately 19 times earnings. In addition, Bank of Montreal pays a 4.3% dividend yield, which is more than double the average yield in the S&P 500. If interest rates rise, investors should expect continued dividend growth as well as multiple expansion—this makes the stock an attractive option for value and dividends.