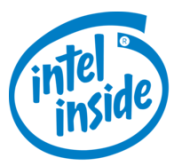 Intel-stellar? Worth A Look Inside Their Dividend Increase

Chip giant Intel Corporation (INTC ) has raised its dividend by 8% to $1.04 per share annualized. This came as a surprise, as Intel’s revenue and earnings growth has slowed considerably this year due to the erosion in the personal computer industry. As the world’s biggest semiconductor company, Intel is heavily reliant on the PC for growth. In fact, the PC still represents approximately two-thirds of Intel’s annual revenue. Because of these headwinds, Intel stock has been stuck in a tight range over the past year.

In response, Intel has invested heavily in new businesses to try to drive higher growth. These include successful market entries in data centers and the Internet of Things (IoT)—two very promising industries that could drive significant growth going forward. But so far, Intel has still failed in meaningfully penetrating mobile devices.

With this as a backdrop, Intel hopes steady dividends will keep shareholders happy until higher growth resumes. Intel stock may not appeal to growth investors, but its dividend should be attractive to income investors.

Investors have been hoping to see any sort of recovery in underlying PC demand, but operating conditions in the PC industry have continued to deteriorate throughout 2015. According to technology industry research firm IDC, PC shipments fell 10.8% last quarter—this was an even worse result than analysts had anticipated. Projections had called for a 9.2% decline. There are many factors contributing to the erosion in PC shipments. Primarily, consumers at both the individual and enterprise levels are performing a greater share of computing functions on smartphones and other mobile devices.

To counteract this, Intel management has spent aggressively to boost the company’s presence in mobile devices. This has worked to some extent, in that Intel has shipped millions of tablets with its chips inside. But in order to gain this market share, Intel had to make massive price concessions with device manufacturers. This resulted in contra-revenue, which caused losses to escalate. Intel actually generated negative revenue in its mobile business in the fourth fiscal quarter. Last year, Intel’s mobile business lost $4.2 billion, a clearly unsustainable trajectory. To correct this, Intel management has pledged to improve mobile profitability by $800 million this year, although that is still a relative drop in the bucket.

Intel is rapidly building these businesses and simultaneously reducing its reliance on the PC. The sooner this transformation is complete, the better for Intel shareholders. Intel will be able to expedite this process with its $16 billion takeover of Altera (ALTR). This acquisition will help Intel expand its presence in field-programmable gate arrays (FPGAs), particularly in data centers.

Intel’s lack of significant revenue and earnings growth has rippled through to Intel’s dividend policy. The company has only raised its dividend by 15% in the past three years. The slowdown in dividend growth has caught investors by surprise—since previously, Intel was a premier dividend growth stock.

Intel’s new annualized dividend yields 3%. This is a 50% higher yield than the S&P 500 Index. With a high yield and regular, albeit modest, dividend growth, Intel stock appeals to dividend investors. Those interested in rapid dividend growth may want to look elsewhere; but, if Intel’s various strategic initiatives gain traction and restore greater earnings growth, Intel’s future dividend growth could accelerate as well. For investors who desire current income such as retirees, Intel stock is a worthwhile portfolio holding.