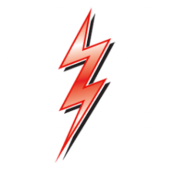 2015 has been a very bad year for energy stocks, which have underperformed the broader market due to the ongoing collapse in oil and gas prices. This has affected energy stocks indiscriminately, despite the fact that not all energy stocks are equally affected by falling commodity prices. Midstream companies like Kinder Morgan, Inc. (KMI) own and operate energy storage and transportation infrastructure like oil and gas pipelines and terminals. Kinder Morgan’s business model is significantly insulated against volatility in oil and gas prices. And yet, Kinder Morgan’s stock has fallen this year from above $40 per share to its current level of $28 per share.

However, Kinder Morgan’s resilient business model continues to generate cash flow, which fuels its dividend growth. Kinder Morgan recently raised its dividend by 16% year-over-year, and the stock now yields 7.2%, which could make it an attractive pick for income investors.

Kinder Morgan owns and operates 84,000 miles of pipelines and 165 terminals. Its extensive asset map stretches across North America making Kinder Morgan the largest midstream company in the United States. Since Kinder Morgan is in the business of owning and operating pipelines and terminals, its cash flow is much more dependent on volumes of products being stored and transported, rather than on the price of those products. This is what differentiates Kinder Morgan from other energy companies whose fundamentals have deteriorated this year, such as upstream firms engaged in oil and gas exploration and production.
Consequently, investors should think of Kinder Morgan like a toll road. It collects fees based on the amount of products passing through its terminals and pipelines. As a result, Kinder Morgan is only partially vulnerable to declines in commodity prices. Viewing Kinder Morgan through the lens of distributable cash flow, or DCF shows that its fundamentals remain in relatively good standing. DCF is a non-GAAP equivalent to earnings per share that describes how much cash a company is generating, which can then be distributed to investors. It is customarily used as a primary tool for analyzing midstream energy companies.

Kinder Morgan’s adjusted distributable cash flow increased 21% last quarter and 22% over the first nine months of 2015, year over year. The company’s pipelines and terminals businesses are performing well. These two business units grew earnings last quarter by 29% and 6%, respectively, due to higher volumes. This helped offset a 22% decline in the company’s carbon dioxide business, which is the one area in which Kinder Morgan is vulnerable to falling oil prices.

Why Kinder Morgan Could Be an Attractive Dividend Stock

Because of its growing cash flow and future project backlog, Kinder Morgan expects to raise its dividend again in 2016 by 6% – 10%. Longer-term, management has stated its intention of raising the dividend by 10% per year through 2020. Kinder Morgan is committed to paying a high dividend and growing the dividend each year, making it a compelling opportunity for income investors. This is thanks to the combination of a current 7% dividend yield and the likelihood of at least 6% dividend growth next year, as well as 10% long-term dividend growth. As a result, Kinder Morgan could be an attractive stock for investors who want income, such as retirees.

Disclosure: The author is long KMI