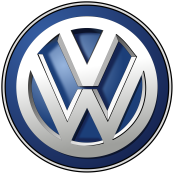 Does an international blue chip yielding more than 4.3% sound like a good deal?

Maybe not, since I’m referring to Volkswagen.

As recently as last week, shares of the German auto maker were selling around €170 ($189) a share, for a yield of about 2.8%. Not bad. Then came the news that the company had doctored software on its diesel-engine cars, producing fake emissions numbers. Its shares plummeted (hence the boom in yield) and now the company faces criminal charges, its reputation is in tatters, and some even question its survival.

The Value of a Good Name

Volkswagen is the most recent example of how corporate reputation matters. Its current experience teaches us how a good or at least neutral reputation can go up in smoke almost instantly, and how investors can be smacked in the wallet without knowing what hit them.

One’s reputation is earned through actual performance, whether the “one” is a person or a corporation. If someone trusts you or says good things about you, it’s usually because you’ve given them evidence of your trustworthiness over time by delivering on your promises and acting responsibly.

Business reputation is similar, except that in our age of gigantic, impersonal corporations, “managing” the corporate reputation often becomes a distinct bureaucratic function, where being perceived as doing the right thing becomes more important than actually doing it.

For long-term dividend investors, Volkswagen’s recent experience underscores the importance of selecting companies that not only are doing the right things financially, but also are doing the right things generally so that the business continues in the long run. The classic example of how acting responsibly prevented calamity was the Tylenol crisis of 1982, when a number of poisoning deaths occurred in metropolitan Chicago due to drug tampering. Johnson & Johnson (JNJ ), the maker of Tylenol, recalled 31 million bottles of the product — even though the product accounted for 19% of the company’s profits at that time.

JNJ told the public not to buy the product until it was able to reformulate the packaging, making Tylenol the first drug product to be sold in a tamper-proof container. As a result, the public viewed Johnson & Johnson as an innocent victim of a malicious act and as an active champion of its customers. Its reputation actually improved.

Today, investors can look at ratings and analyses of corporate reputations from a cottage industry of consultants, researchers, and media organizations that has emerged since the Tylenol crisis to assess and consult on the issue.

Making sure the company you want to invest in scores well on those “Most Admired” or “Most Reputable” lists is a good place to start. So in addition to doing your financial research, I’d look at those lists, too. I’d also go further and check out what employees say about those companies on sites like Glassdoor. If employees are commenting about ethical lapses or complaining about pressure to produce short-term results, I’d stay away.