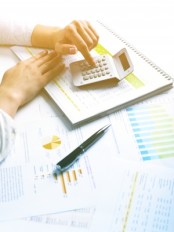 Getting the Best Stock Price

The ability to press a button on your computer and buy and sell shares of stock throughout the trading day at will is pretty much a given for modern investors. Just as we toggle a wall switch to turn on the lights or open the tap to wash our hands, we don’t think much about how the electricity or water get to us, or how the mechanism that provides a market for stocks actually works.

In fact, it seems the only time most people pay attention to market structure at all is when some computer system conks out or somebody gets caught in some incomprehensible scandal or there’s a headline about high-speed trading.

But understanding how the plumbing works can help make you a better buyer and seller on the rare occasions when you are buying or selling shares. (That’s editorializing, in case you didn’t notice; as an investor you should be buying and holding, not trading. If you want excitement, go to Atlantic City or Las Vegas.)

For years, the “market” meant pretty much one thing — the New York Stock Exchange — where the shares of America’s largest public companies traded.

But there was also the American Stock Exchange, where the shares of companies that didn’t meet the Big Board’s stringent listing standards were traded, as well as regional stock exchanges in Boston, Philadelphia, Chicago, San Francisco and other cities where local companies and, often, NYSE-listed shares also traded. There was also over-the-counter trading for much smaller companies, in which securities firms would make markets and trade among themselves when investors wanted to buy or sell shares.

Obviously, the people and companies providing the market-making function — whether traders on exchange floors or dealers around the country — had to get paid. In general, dealers in the smaller, illiquid shares got paid in spreads and those dealing in more liquid shares got paid in commissions. The costs were bundled into the commissions paid by individual investors, who didn’t understand the trading mechanism in the old days either.

The rise of pension funds and other institutional investors in the 1960s started to strain the trading system. Commission rates, which like airline fares had been uniform throughout the industry, were unfixed in 1975, allowing price competition. Also in that year, the Securities and Exchange Commission called for the creation of a National Market System, which was intended to make markets more competitive and mitigate the dominance of the New York Stock Exchange.

The chief problem with the NMS was its vagueness. It called for a more competitive system, but never defined what that was supposed to be or how to measure the effectiveness of competition.

For example, in one sense, the most competitive way to price a stock is to have all buy and sell orders for that stock from everyone around the world come together (whether in person or via computer) in one place. All buyers and sellers meet, and the competition produces the best price. In the old days, for big stocks, the NYSE was that market.

Another way is for as many pricing mechanisms, or markets, to exist and compete for the order flow so that the competition among exchanges, which drives enhancements in technology and spurs innovation, creates the best price. In the old days, NASDAQ was that kind of market for smaller stocks.

Which way is best? Nobody knows. Today, 40 years after NMS was promulgated, the cost of doing a trade is a minuscule fraction of what it was in the old days, and the floor of the New York Stock Exchange is more television set than price-setting mechanism. The NYSE and NASDAQ are head-to-head competitors, with several other electronic exchanges and non-exchange trading mechanisms making markets extremely fragmented. High-speed traders roil all of them.

To make sure you don’t get banged around too much by the big guys when you buy or sell, I suggest that you don’t place market orders (orders to buy or sell at whatever price prevails when the order hits) and use only limit orders instead, which set a share price for your purchase or sale. Depending on market conditions, your trade may or may not take place, but if it does, at least you’ll get the price you want.

Image courtesy of adamr at FreeDigitalPhotos.net

Are airline stocks worthy of bargain shopping? Or is COVID-19 masking a deeper...

The Market Wrap For March 27: Stimulus Measures Roll In

With the stimulus measures rolling in, traders looked past the markets’ continued volatility...