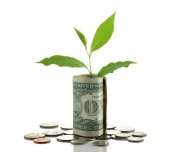 For me, bearishness is as bracing as a gulp of iced tea on a hot day. That’s why there are few investment thinkers as invigorating as Jeremy Grantham, co-founder and chief investment strategist of GMO, a global investor managing $117 billion in assets.

Critics call him a perma-bear, which is another way of saying he looks at things clearly and doesn’t hum along to Wall Street’s latest, give-em-what-they-want pop tune. Grantham’s views on several topics, which he explains in his latest newsletter, support dividend investing.

The major point he makes that favors dividends is that annual growth in U.S. and developed-world gross domestic product will probably decline from about 3% a year to just 1.5% a year. Essentially, if you agree with his belief that very slow economic growth is the new normal, then you have to believe what naturally follows: corporate growth and profits won’t be able to rise much, which means stock markets won’t be going up much, which means that you better start looking to dividends to earn any significant return.

To support that conclusion, let me review Grantham’s reasoning for believing that economic growth will slow. He points to eight factors:

Not in the Mainstream

He writes: “Mainstream economists, with their emphasis on highly theoretical models, have been perplexed by the recent chain of disappointments in productivity and GDP growth and would disregard all or most of these factors as theoretically unsatisfactory. I am impressed by how many of these factors intersect with the important problems I obsess about. This might offer a reason for taking them more seriously, for few things could be more important background information for any market analyst than to have been prepared for a steady diet of topline disappointments.”

The important problems that Grantham obsesses about, by the way, are the age of plentiful, cheap resources, including oil, being gone forever (despite the recent slump in commodity prices), climate problems, global food shortages, income inequality, the deficiencies in democracy and capitalism that effectively disenfranchise everyone but the increasingly rarified elite, unwise Fed policies and actions, investment bubbles that spring from improper policies, and our innate inability to plan well for the long term, postpone gratification, or understand the powerful implications of compound math.

Since so much in investing is iffy to begin with, and since so much bad stuff is likely to happen, at least according to Grantham, the wisest move points to grabbing for the hard dollars in the here and now and near future from those sources that are most likely to deliver.

That, to me, spells investing for dividends.

The Market Wrap for January 17: Phase One Is in the Books

The week marked the official signing and agreement on the so-called Phase One...