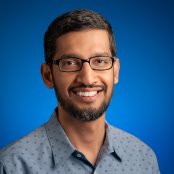 The Google we all know and love is dead. According to a recent shareholder letter by Larry Page, Google is now part of a new holding company called Alphabet. Yes, the name is a fitting pun on both the language of internet search algorithms and venture capital.

Google now controls Youtube, Google Maps, Google Play, Google Search, Android and Adsense, while Alphabet controls Google, Calico, Google X, Google Ventures, Nest, Fiber, and Google Capital. Further, Sundar Pichai has been selected to become the new CEO of Google. Considering all of these major changes, there are three lasting impacts that this restructuring will have for the company formerly known as Google:

Shareholders have long been demanding increased transparency into Google’s revenue stream. Under the previous corporate structure, it was unclear to investors how much of Google’s revenue was being devoted to “moon shots” and other immediately unprofitable projects. Google’s shares have stagnated over the past two years, ranging between $500 and $600 dollars per share. After the announcement by Page, shares skyrocketed 6%.

Under the new corporate structure investors will finally be able to look “under the hood” of Google’s core revenue-generating brands. Investors and analysts alike will sleep better knowing exactly how much of Google’s revenue is being diverted to subsidizing currently unprofitable long-term investments.

Now, Alphabet can add or subtract companies under its controlling umbrella faster than ever. New companies acquired by Alphabet can exist semi-autonomously, and no longer have to be connected to the business goals held by Google. Instead, each of these companies will set their own business goals, budgets (if so approved by Page and Brin), and corporate structures that best fit their unique needs. While these changes may seem semantic at first, the lasting effects on each company will be immense.

Excluding the Google brands, every other company under the Alphabet umbrella is completely different. To name a few of the large holdings, Calico is a life extension research project, Wing is a drone delivery service, and Fiber is a communications network company. As you can see, each of these companies have completely different requirements to operate successfully. By allowing each company to design and pursue its optimal path, Alphabet will hopefully unlock the full potential of each.

By removing themselves from the power structure, Page and Brin have created a new chain of promotions that will decrease brain drain from Google and Alphabet. Instead, each of the leaders in Alphabet’s portfolio will be given CEO titles and the ability to control their own company. Google understands that its employees are extremely valuable, many of them are scooped up by competitors and thrive. Just look at Yahoo’s CEO, Marissa Mayer, formerly a Google employee, who is now using all she learned at Google to compete with Google. It is well known that Sundar Pichai, now Google’s CEO, has entertained prime offers from companies such as Twitter and Microsoft.

By decoupling the other brands from Google, Larry and Sergey have once again put the Great Oz back behind the screen and whispered to us all softly, “Google Search is not a monopoly, because in 100 years some other ‘moon shot’ will disrupt the search industry.” Until then, I’m putting my coin on Google.

Sundar Pichai is now the CEO of Google. Pichai has worked his way up from humble beginnings, from sleeping on the floor with his brother in India, to graduating from the Indian Institute of Technology in Kharagpur and achieving a Master of Science from Stanford and an MBA from Wharton. After school, Pichai landed a position at Google, where his work has been prolific. Statistically speaking, each and every one of us who uses the internet has likely been touched by Pichai’s work.

Pichai’s first project at Google was the search taskbar for Internet Explorer and Mozilla. He quickly realized that a whole new Google-based browser was needed, arguing his case against Eric Schmidt. Page and Brin backed Pichai and the Google Chrome browser was born. Chrome became, and remains, the most popular internet browser for desktop and mobile devices. From this victory, Pichai moved into supervising the development of several major Google initiatives, including Gmail and Google Maps, before replacing Andy Rubin as the leader of Android in 2013. In 2014, Pichai received his most recent promotion as the right-hand man of Page and Brin, Product Chief.

If you look closely at Pichai’s flagship projects, Chrome, Gmail, Maps and Android, you notice that they each share two commonalities: the ability to perform a basic service extremely well and the ability to become a platform for other services. For comparison, take Microsoft’s Windows operating system: a basic service, which is an easy-to-use operating system, that provides a platform for many other services such as your Quickbooks Accounting software.

Chrome, Gmail, Maps, and Android all connect to a numberless horde of software through their APIs, making them the center of an ecosystem of online data. If Pichai continues his excellent work in this department, then Google and Alphabet will continue to serve as the center of the internet for the foreseeable future.