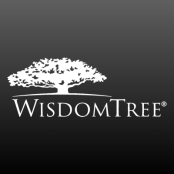 WisdomTree Investments, the fifth-largest ETF provider, announced on Monday a dividend for the quarter of 8 cents. This will take the total annualized dividend yield to 1.23%, with an ex-dividend date set for Wednesday, August 12th. Shareholders will be paid the dividend on the 26th of August.

Based in New York, WisdomTree was initially a financial media business founded by Chief Executive Officer Jonathan Steinberg in 1985. Shifting focus towards the ever-growing ETF industry, Steinberg launched WisdomTree in 2006, releasing the first batch of 20 ETFs. According to a Form 10 filing, the company confirmed assets under management of $1.52 billion and revenue of $2.2 million at the end of 2006. This has since grown to $39.3 billion in December 2014, with revenue of $183 million.

“WisdomTree is one of the fastest-growing companies within the ETF and broader asset management industry in 2015 to date.” -CEO Jonathan Steinberg, 2015

Recently announcing better-than-expected earnings, WisdomTree highlighted a shift in Gross Margins from 82.4% to 86.4% due to movements in the dollar. Assets under management rose to $61.3 billion for the period, with Net Income coming in at $24.2 million. Concerns have been raised over the 69.3% rise in Expenses, however, when comparing this to Total Revenue it is still at a manageable level. During a recent earnings call, CFO Amit Muni noted that the ETF industry saw Q2 inflows of $42.3 billion off the back of international interest. This was a slight softening from the previous period.

Becoming somewhat of a darling in the ETF world, WisdomTree commands a median Buy rating, with a consensus price target of $25 per share. Price Earnings for the stock are considerably higher than the sector average of 15, with Earnings Growth expected to exceed 80%.

WisdomTree offers 79 Exchange-Traded Funds, with the largest being the European Hedged Equity ETF. Currently it has $21,874,394,000 assets under management. Not surprisingly, the top four funds based on AUM are international with a Japanese, Indian, European and Emerging Markets flavor. Wisdom’s largest U.S. ETF is the Large-Cap Dividend Fund.

Positioning itself to capitalize on the institutional as well as the retail markets, WisdomTree is growing their core base of ETFs to cover a wide range of sectors and strategies. Recently, the company launched a Strong U.S. dollar Fund, which would aim at reducing exposure to a strengthening currency.