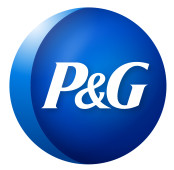 The New Clean Look at P&G

Since profits from Febreze are much sweeter than those from the sale of parfums, dividend investors will prefer the scent of Procter & Gamble’s latest move.

The consumer goods giant and dividend stalwart (its current yield is about 3.3%) last week announced that it was selling its high-end cosmetics and fragrance businesses to Coty Inc. for about $13 billion and returning to the products it knows best—Tide, Pampers and the other plain old household goods we keep buying by the ton.

Like many other corporate leaders whose insularity and sky-high paychecks lead them to believe they are geniuses, the top guys at P&G thought they could bring order, discipline and management know-how to the quirky world of high-fashion cosmetics. They spent about $10 billion to buy Wella, Clairol, Frederic Fekkai hair salons and products, and other high-end brands, in addition to spending tens of billions more to buy Gillette, Braun and many other companies that they’ve since spun off. On its fashion quest, P&G also formed partnerships with fashion firms including Valentino and Dolce & Gabbana.

The company’s executives soon learned that what they knew from the world of Costco and Kmart meant diddly-squat on the ground floor of Neiman Marcus. All the market research in the world couldn’t crack the essential weirdness of their new business, in which image, fantasy and ephemera are far more critical ingredients than the glycerin and alcohol that make up most of the products.

Not that P&G isn’t smart about its core products. You’ve got to hand it to a company that created a billion dollar business out of consumer desire for a house that smells clean rather than one that is clean. And putting Tide in pods, while hardly up there with the creation of modern detergents, certainly advanced home laundering while being enormously profitable.

But sticking to one’s knitting just does not have the excitement of M&A and “adding value,” as acquirers love to say. The truth, of course, is that between 70% and 90% of mergers and acquisitions fail, according to the Harvard Business Review, and in doing so, shareowner wealth is eroded. CEOs, who don’t have to manage the Frankensteins they create for more than a few years, really don’t care all that much about the messes they’ve created so long as they can jack up their company’s share price in the short run, cash in their options, and go off to Pebble Beach and complain to other retired CEOs about how the masses don’t give them the respect they deserve.

For P&G’s dividend investors, thank goodness that the strength and profitability of the company’s fortress brands were able to see it through the vanity of P&G’s top management. The good news too— at least at first blush—is that the company plans to return $70 billion to shareholders through stock buybacks and dividends over the next four years.

The buybacks, of course, will benefit top P&G management who, in the tradition of America’s corporate leaders, are making sure they come out on top no matter what. The dividends will be a boon to hoi polloi investors (don’t take offense; I come from a long line of Pollois). But remain watchful.
Too much of a commitment to dividends could mean that the company is not investing sufficiently in the new pods and Pampers improvements that will translate into future growth. Even for the companies we love, it pays to keep alert.