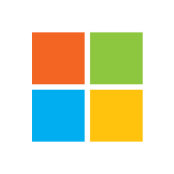 Microsoft has again announced job cuts, which is their second major round of layoffs this year. The layoffs are likely to take place over the next several months as the Tech Giant attempts to cut costs in an overly competitive market. It announced yesterday that it will lay off 7,800 employees, most of them in its smartphone unit. This number represents roughly 5% of its 118,000 employees. Microsoft added approximately 25,000 employees when it added Nokia’s mobile phone business. This time last year the company had announced 18,000 job cuts, most of them from its flailing acquisition.

Microsoft is trying to streamline its operations following the $7 Billion purchase of Nokia. The company’s market share stays at a poor 2.5% and has failed to turn the Windows Phone into an alternative to iOS or Android.

Microsoft still remains a significant software maker, with some version of windows running on more than 90% of the world’s computers. Today’s announcement raises the question as to whether Microsoft has officially conceded the smartphone war.

The India born 47-year-old CEO, Satya Nadella, who is Microsoft’s third CEO since the company was founded by Bill Gates, wants to refocus Microsoft on software and in this direction at the end of the month they will launch Windows 10, their first OS since 2012. Success of this OS is now critical for the company.

Microsoft (MSFT ) currently has a dividend yield of 2.78% and pays an annual dividend of $1.24 (paid quarterly). Dividend.com currently rates Microsoft as Neutral with a DARS rating of 3.4 out of 5 stars.