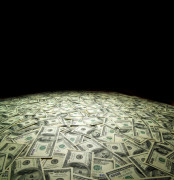 BlackRock's Fink: Savings-Dearth is a Crisis

When the head of the world’s largest money management firm says that his industry has been negligent in preparing the nation’s investors for retirement, and that corporations still have a moral responsibility for their employees’ retirement even if they dump traditional pension plans, I’d say the retirement problem is pretty serious.

Speaking at a pension industry conference recently, Laurence D. Fink, Chief Executive of BlackRock Inc., said that the lack of savings is a far more critical issue than health care, and one that will hamper the nation’s growth. Fink, whose firm manages almost $5 trillion in assets, said that the asset management business as a whole has been too quiet about the retirement crisis as evidenced by their actions on proxy voting “and everything else.” Most asset managers, he said, “want to stay out of the news and earn their fees.”

Fink’s mention of proxy voting is perhaps a veiled (or not so veiled) comment on the silence of most large asset managers — whose funds collectively own the lion’s share of public corporations — on the issue of executive compensation, which has a direct bearing on dividends.

Excessive executive compensation at publicly owned corporations makes me nuts. In 1983, the average Fortune 500 CEO made 46 times the pay of the average worker. Today, they earn about 330 times average worker pay. So while corporations trim and downsize and squeeze more and more productivity out of everyone on payroll, the guys, and the few gals, at the top are skimming off a lot of the cream.

It’s not only their direct paychecks, perks, and retirement goodies that are out of whack, it’s all those stock options they get that dilute the equity ownership of everyone else and spur CEOs to do expensive stock buybacks that make them (and their wallets) look great, but damage the business in the long run — which they don’t really care about anyway.

The reason top corporate executives can get away with this behavior isn’t that they’re such spectacular managers, or that there’s a competitive market for executive talent (despite all the reports from compensation consultants paid by CEOs to say that there is). Nope. The answer is pretty simple: they’re ripping off public corporations, of which they are employees, simply because they can get away with it.

Since having the government stop the pillaging through regulation or taxation would cause greater problems, Fink is correct to call upon the nation’s corporate owners — the institutions that own shares on behalf of investors — to exert their influence on corporations so that top management can’t hog the returns. For workers, that might mean greater contributions to retirement plans, which would help alleviate the retirement crisis, and more take-home pay (oh heavens, that’s socialism!). For owners, that would mean higher dividends (what a greedy, selfish capitalist!).

Dividend-oriented investors — who correctly focus on dividend-paying stocks to build a nest egg for retirement and for income in retirement — should hail Fink’s comments.

In the meantime, while researching companies that are good dividend payers, check to see if CEO compensation is on the low side relative to industry peers. In 10Ks, look at the section on compensation. If it seems too high to you or so complicated you can’t figure it out, don’t buy the company’s shares. And when compensation issues appear on proxy materials requiring your vote, don’t automatically rubber stamp management’s recommendations.