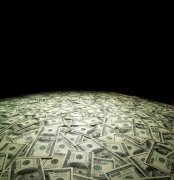 FedEx Corporation is a global courier delivery and logistics company headquartered in Memphis, TN. The company services over 220 countries and employs over 300,000 people.

Actuant Corporation is a Menomonee Falls, Wisconsin based multi-product company which operates in over 30 countries. The company specializes in branded hydraulic tools, position and motion control systems and other niche products.

Actuant Corporation pays an annual dividend of $0.04 per share. The last dividend was paid on 10/15/2014. The company has not announced its next dividend payment date so far.