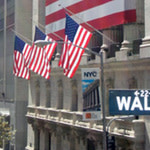 What We Learned Over the Past Six Years in the Markets

Today, the historic bull market for equities hit its sixth anniversary. Here’s what we learned over the past six years.

1. The Fed is Fully Committed to Propping up the Markets, by Any Means Necessary

No one — and I really mean no one — would have believed back in mid-2008 (about a year before the stock market bottom) that the Federal Reserve and related entities would wind up committing to any of the following policies:

Yet here we are, and all of the things above actually happened. The Fed completely destroyed the fixed income markets, recapitalized the banks, and bought insane amounts of government debt and bad loans. Should we be surprised, amid this level of economic intervention, that equities have been so unnaturally bullish? In hindsight, everyone should have been betting the farm on U.S. equities six years ago, which were clearly oversold. Plus, we were still in the early innings of the largest “welfare for rich people” program that world has ever seen.

I’ve maintained all along that the Fed set out to accomplish four things amid the financial crisis:

This should go without saying by now, but gold isn’t a real investment, and it’s certainly not the inflation-busting safe haven that goldbugs claimed it would morph into.

As mentioned earlier, the Fed has pumped over five trillion dollars into the economy via various measures since 2008. If that doesn’t cause runaway inflation, then nothing will. The greenback isn’t going anywhere.

In fact, as the EU and other regions (Japan) emulate America’s now-defunct QE program, the U.S. dollar’s value has been rising substantially. Now a much realer threat of deflation is rearing its ugly head — and not because of petty forex fluctuations, which are always volatile. A lack of buying demand is the biggest potential deflationary risk, both at home and abroad.

4. The Markets are More Resilient Than Anyone Could Have Imagined

Most everyone knows the truism that the wider markets rise in value over the long term. This mega-rally, however, has evidenced the not-so-obvious truth that rallies can much longer than expected, and without any major pullbacks.

Indeed, the old saying that “Stocks never go straight up or straight down” is pretty much nonsense. Since the beginning of 2012, the S&P 500 has gained 65%, without a single 10% pullback in that period. That’s right, It’s been 41 months since the last 10% correction. In “normal” bull markets, such a correction occurs about once a year.

The current era of investing, quite literally, is completely unprecedented. The level of global central banking intervention means that traditional valuation and other metrics have gone right out the window. I fear these policies will eventually lead to us learning some more serious lessons down the road, but for now, the party is still on.

Fellow investors, I’ll just leave you with this: the past six years in the markets have been a wonderful gift. Just don’t look down.

Be sure to check us out on Twitter @dividenddotcom.