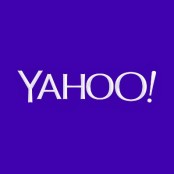 Yahoo has been a major story in 2015, specifically Yahoo (YHOO ) and Alibaba. To some of our young readers, it is reminiscent of the will they-won’t they episodes of Ross and Rachel from “Friends”, the hit sitcom of the 90s. Everyone agrees that Yahoo is grossly undervalued. The stakes it has in Alibaba, Yahoo Japan and its $5B+ cash horde—and let’s not forget its core businesses—are worth more than Yahoo’s existing market cap. Nearly every major internet company that muddled through and survived the dotcom bubble is now doing well. Priceline (PCLN ) and Amazon (AMZN ), which were tantalizingly close to bankruptcies in the early 2000s, have seen their stocks soar 100x plus. Traditional software and B2B SaaS companies like Microsoft (MSFT ) and Salesforce (CRM ) have done very well. Even content—once the pariah of venture capital—is now back in vogue in both private and public markets: Netflix (NFLX ) being a great example.

But the question remains as to what Yahoo exactly is? It is neither a search engine (we will get to that in a second) nor a content destination, and yet it’s not a software company. The latter part is clear but the former two are debatable. Yahoo is, after all, a very recognized brand. Yahoo email is still used by tens of millions of users. Yahoo has Tumblr, a mecca for gifs, fashion and hipsters. It has Flickr, arguably one of the world’s largest photo repositories. It has great products in Yahoo Sports and Yahoo Finance. More recently, it has started investing in video content by hiring Katie Couric with an eye to capturing a piece of the mobile video market. Marissa Mayer, Yahoo’s CEO, has invested significantly in upping Yahoo’s ad operations by buying Flurry, a near unicorn startup in the ad analytics space last year. By acquiring Flurry, Yahoo has insights into user behavior in almost all apps enabling more options for advertisers.

Having said all of those things, Yahoo has also missed the boat on mobile, social and on-demand commerce—three of the biggest trends in the last 10 years for consumer internet companies. The Yahoo brand is not strong but neither is it weak, as say AOL (AOL ) was a few years ago. In fact, for better or for worse, Yahoo has no identity. In its current form, Yahoo is a hodgepodge of some incredibly lucky and shrewd business moves made by founder Jerry Yang.

In order for Yahoo to effectively make money over the long term—whether under the current management or a newer one—it needs to address seven critical points.

1. Too Many Employees, Too Few Entrepreneurs

Simply put Yahoo has too many employees. At 15,000 employees, it is not gargantuan in size but most of Yahoo’s employees are old (average age at Yahoo is 39, at Facebook that goes down to 29), demoralized by internal bureaucracy or have very little material goals to execute upon.

Yahoo needs to lay off at least 7,000 employees by shutting down necessary product verticals. This will allow the organization to perform better, reduce bureaucracy and encourage entrepreneurs.

Fantasy sports is controversial with looming regulatory concerns; however, it is a cash rich business and leveraging the Yahoo brand name in other jurisdictions and countries (like the UK or Australia) could prove very lucrative. Yahoo already has a significant organic traffic source in Yahoo Sports and should utilize that to create a major daily fantasy sports platform not just in the U.S. but globally and across all major sports.

In fact, Yahoo had a lead in fantasy sports for the last several years; however, the product has not seen much love from management until July of this year. Ipsos estimates the market in the US alone is expected to grow to $14.1B in entry fees with over 50M Americans participating over the next four years with no clear leader. Yahoo Sports has a tremendous opportunity to become a high margin $1B revenue business in the next four years if it plays the right hand and makes the brand appealing to a younger demographic while utilizing existing traffic sources.

Some products need to be dead pooled while others need to be sold off. Take the example of Flickr. Flickr was one of the first photo sharing websites. Unfortunately, post acquisition, Yahoo literally did nothing with it. Facebook came by, so did Instagram, but Flickr remained Flickr—very nearly an orphan in Yahoo’s bureaucracy.

Even today Flickr remains largely the same, albeit with a few upgrades. Stuart Butterfield, the founder, went on to form Slack after openly criticizing Yahoo post acquisition. Flickr was the crowning moment for the now iconic Silicon Valley saying: “Great products come to Yahoo to die.” Yet another reason why Yahoo as a company cannot retain product oriented tech talent.

Yahoo severely damaged its reputation with Flickr (although in Mayer’s tenure it has improved quite a bit) and while it could be construed as a financial success, it was nowhere near to being as successful as it should have been. Flickr should either be sold off or reintegrated into the core business in a big way. Potential buyers include – Getty Images, Facebook, Microsoft and Netflix.

Yahoo in its early days had a decent email product vs. Gmail. In the last 5-6 years, however, there have been no material improvements to the core product offering, leaving cosmetic changes and incremental improvements aside.

With the rise of artificial intelligence (AI) and machine learning (ML), Yahoo has a huge opportunity to bring to consumers products that help people manage their lives better. Marissa Mayer has publicly stated her desire to focus on improving people’s lives. Yahoo even bought a pseudo-AI startup called Aviate.

Aviate is a launcher application on Android that helps users plan their day better and automatically suggests apps depending on user needs. While Aviate doesn’t really provide much productivity to Yahoo users, it is a first step in that direction. Some startups it could acquire in the fields of ML/AI include Amy (scheduling), Mansi (research), Emma (multiple) and HelloTravel (travel).

Yahoo is not an original content company like Netflix. Unlike Netflix however, it has an extremely strong and culturally diverse community of people aged between 18-35 on Tumblr and some extremely passionate photographers on Flickr.

Yahoo could acquire a small ecommerce startup to add ecommerce functionalities allowing Tumblr users and brands to sell both digital and physical goods with Yahoo taking a small % or an ad fee that isn’t based on clicks or CPMs but priced on engagement (for example, a user playing a video or interacting with a promoted gif). To be clear, Yahoo doesn’t need to get into the fulfillment business but act as a platform for all things creative. While this may seem like a lost cause given how much Yahoo paid for acquiring Tumblr ($1.1B); given the scale of Tumblr, it represents a global opportunity for Yahoo, or a potential buyer, to monetize a creative audience. Unfortunately Yahoo seems to have done just the opposite this July by doing an extremely expensive acquisition of Polyvore of $200M.

Similarly, for Flickr, it could easily acquire a couple of photo licensing marketplace startups to launch Flickr License (Yahoo introduced a plugin in 2010 allowing owners to license pictures on Getty Images, but it was not material enough from a revenue angle) enabling photographers to license images and earn a percentage fee on that.

Given the wealth of traffic Yahoo has on Yahoo Finance and the fact that Charles Schwab himself sits on the Yahoo board, it is not that hard to imagine Yahoo partnering or even acquiring a small brokerage to get into fintech, specifically brokerages and loans. Both Yahoo Finance and Yahoo Sports are platform plays that make use of Yahoo’s organic traffic in respective verticals.

Platforms are areas where Yahoo can leverage existing assets to take leadership position by utilizing traffic and/or product moats. This would include Flickr (should it remain independent), Yahoo Sports—which has the potential to become a $1B business in the next five years (probably under a different brand name), Yahoo Finance and other acquisitions that help users manage their day-to-day lives better.

Consumer includes the content properties (i.e Yahoo.com), Tumblr and other media ventures. Traditionally Yahoo.com could have been categorized as a platform, but as of October 2015 Google effectively runs the monetization strategy there (Yahoo & Google announced a strategic partnership earlier this year that allows Google to display some results and ads for searches made on Yahoo) so Yahoo.com is at best a destination for consumers to search the web while on Yahoo for some other activity.

It should be noted however that original content, especially video, is expensive and has proven to be an achilles heel for all non-media companies. Simply having Katie Couric onboard with your plan does not guarantee success. Last quarter, Yahoo took a $42M writedown on its original content ventures and Couric’s pay for her news deal is estimated at $10M per year. That said, the strategy of taking a leadership position in mobile video is correct, but producing original content is not the way to pull it off. Yahoo would be better served by acquiring or building live streaming products like Meerkat and building a video-ad business around it based again on engagement.

Enterprise Solutions would include Flurry, Brightroll and other legacy ad operations. Flurry is probably the most important piece in Yahoo’s mobile strategy. As pointed out earlier, Flurry has insights on over 1B people by capturing their in app actions for app analytics, along with an ad network that serves ads within those same apps. While enterprise uptake of Flurry is unlikely to drive significant revenue by serving fixed cost CPI ads against the estimated 1B+ people that currently use apps where Flurry’s analytics provide value to publisher, it has the potential of earning at least $300M – $400M in annual revenues within the next two years.

Finally, Marissa Mayer needs to acknowledge two things. Yahoo in its current form is a liability to its own people and shareholders alike. It has too many people working on random products without a clear strategy. That, in turn, has led to management departures in revenue heavy roles including those of Henrique DeCastro (SVP, Search) and Prashant Fuloria (SVP, Ad Products), among others.

There is no question that Yahoo needs to keep acquiring startups that fit its overall strategy; however, the company must also focus on retaining talent, which has been a big challenge.

Walgreens Boots Alliance has taken the first spot in the list as the...

Any conflict in the Middle East should have a muted effect on the...

Check out our latest update of the Best Dividend Stocks list, wherein an...