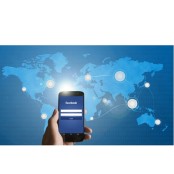 10 Billionaires That Are Giving Away Their Fortune

Six years ago, Warren Buffett and Bill Gates started a campaign called The Giving Pledge to have billionaires promise to give away at least half of their fortunes to charity. Since then, almost 200 billionaires have pledged to give their money to foundations and charities rather than to their children. Here’s a look at ten of the most interesting people and their stories.

Zuckerberg, the founder of Facebook (FB), is a big believer in education. He famously gave the Newark public school system $100 million in 2010 before making two separate donations totaling almost $1.5 billion to the Silicon Valley Community Foundation in 2013. The Silicon Valley Community Foundation’s grant services include education, along with economic security, immigration, and building communities.

In late 2015 and coinciding with the birth of his first child, Zuckerberg and his wife pledged to donate almost their entire stake in Facebook to the Chan Zuckerberg Initiative. This donation, over three years, amounts to 99% of Zuckerberg’s Facebook stock, approximately $45 billion.

The Chan Zuckerberg initiative aims to “Advance human potential and promote equality in areas such as health, education, scientific research, and energy.”

Gates is perhaps the most well-known philanthropist on this list. Starting in 1997, Gates began selling and donating his Microsoft (MSFT ) stock to fund what is now called the Bill & Melinda Gates Foundation. The foundation is considered the richest in the world and aims to solve problems that are urgent but not a priority to the government—things like malaria, polio and sanitation.

A fellow Microsofter, Allen has donated his money to medical research. Primarily interested in the brain, Allen has founded both the Institute for Brain Science as well as the Institute for Artificial Intelligence Service. The institutes are currently working on learning how the brain works and on developing a sophisticated artificial intelligence. Allen’s donations to medical research are also accompanied by donations to fight Ebola, as well as to protect the earth and to promote education.

Branson, the founder of Virgin Group, has pledged his billions to humanitarian efforts and towards helping people follow his business footsteps. He has donated money and time to help stop global warming and is an anti-poaching activist. Virgin Group has a non-profit foundation called Virgin Unite which focuses on leadership, advocacy, entrepreneurship teaching and funding, and business innovation.

Buffett, AKA the Greatest Investor Who Ever Lived, has promised to give away 99% of his money throughout his lifetime or at death. A good friend of the Gates’, the Bill & Melinda Gates Foundation is set to become the principal recipient of Buffett’s multi-billions. Otherwise, Buffett is involved in the Susan Thompson Buffett Foundation, an organization that was founded way back in 1964. Today, the foundation is heavily involved in promoting education, providing scholarships and issuing an award to teachers.

Musk is spending his billions and his time chairing the Musk Foundation, a foundation which focuses on renewable energy initiatives, human space exploration, pediatric research and science education. In addition, Musk has been known to donate money and energy services to help out in disaster situations.

Blakely, the only woman on this list, is the inventor of Spanx—a product that made her the youngest self-made female billionaire. Today, Blakely oversees the Sara Blakely Foundation, an organization that helps women entrepreneurs with education and training. Most notably, Blakely has donated large sums of money to Oprah Winfrey’s Leadership Academy and her school for girls in Africa.

Entertainment mogul Turner co-founded the Nuclear Threat Initiative in 2001. The foundation’s main aim is to promote nuclear and biological weapon safety. Turner has also donated $1 billion to the United Nations to form the United Nations Foundation. This foundation was set up as a way to accept donations to help the UN promote its activities in health, sustainability and humanitarianism.

Ellison, the founder of Oracle Corp (ORCL ), is a mostly silent philanthropist. Aside from putting his money into a trust and pledging to donate the bulk upon his death, Ellison has set up the Ellison Medical Foundation which gives money to medical research to fight age-related diseases as well as the Lawrence Ellison Foundation which protects wildlife.

Bloomberg Philanthropies is the foundation founded by Bloomberg. The organization has five main areas of interest: the environment, to which the foundation has donated money to promote sustainability and clean energy; health, to which money has been spent combating tobacco use and promoting women’s health; art, to which Bloomberg Philanthropies grants money to art organizations and to museums; government reform; and, education.

These ten billionaires are proving that the 1% don’t always keep most of the money. By setting up foundations and donating vast sums of money, these billionaires are helping to save the world and eradicate problems associated with poverty. Although education and health care are the most popular donation areas, other billionaires are targeting the less-funded areas of the world, like biochemical safety and space exploration. Regardless of the public’s feelings towards these ten people, they are improving the world, one billion at a time.