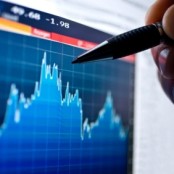 Long-term investors are often all too quick to dismiss opportunities in the technology sector for one simple reason: the way they see it, tech stocks are far too volatile for dividend investing. Although the dot-com bubble scared many away from the tech space (and rightfully so!), recent trends in this sector suggest that the industry has grown up from its start-up only roots and now includes many, big stable companies with a long history of solid earnings and dividends.

For companies that have matured past their high-growth phase, that history often leads to dividends, because these companies just don’t need to reinvest as much money in the business. In recent years, that’s exactly where a lot of big-name tech stocks have landed, and have begun to implement dividend policies in an effort to reward shareholders and—even more importantly—show just how confident they are about future earnings growth. Check out 10 of the biggest dividend-paying tech stocks out there.

Investors should keep in mind that dividends are not always a sure thing; find out more in 6 Signs of Unsustainable Dividend Yields.

This tech juggernaut has been leading the charge in personal computers since 1911, and now holds such a key presence on the global technology stage that it’s become a household name. The company operates in a range of segments within the tech sector, including the manufacture and maintenance of computer systems, software, networking systems, storage devices and microelectronics. IBM’s vast IT infrastructure network gives the company a deep reach into countless industries and businesses that use its technologies and business process services. The firm’s dividend yield is far from juicy, but the company’s sheer size and importance to businesses worldwide makes it a worthy consideration for long-term investors.

This semiconductor giant designs, manufactures and markets digital, wireless telecommunications equipment and services. It is the inventor of Code Division Multiple Access (CDMA), a leading communications network standard in North America and parts of Asia. The company also owns a significant number of key patents in 3G mobile telecommunications standards, which helped propel the iPhone to such great success when it was introduced in 2007. Again, this dividend won’t knock your socks off, but there’s a lot of safety in the fact that Qualcomm is one of the largest communications equipment suppliers in the market. It’s also been growing EPS for five years running, and has the highest ROE, ROA and ROI among its competitors.

Oracle is a multinational IT corporation that delivers computer hardware and enterprise software products. It is especially well known for its database management systems; the company held 50 percent of market share in this growing area in 2011. The company also builds software and tools in other very key areas, including enterprise resource planning, customer relationship management and supply chain management software. Oracle’s smallish dividend is a bonus, but this is a solid stock overall; according to 13F filings, it was one of the most popular tech stocks among hedge funds and other institutional investors.

Microsoft isn’t just an 800-pound gorilla among tech stocks. As the world’s largest software maker, it’s the 800-pound gorilla. Microsoft has been a leader in operating system development and sales since it introduced MS-DOS in the 1980s, and is increasingly working to gain market share in the mobile computing sector with its introduction of Windows Phone 7 and Windows 8. What does all this amount to? The company has the revenue and stability to pay out a sweet 3.36% dividend yield. For more on the MSFT dividend, check out Everything You Need To Know About The Microsoft Dividend.

Semiconductors are the heart of modern electronics, and Intel makes them. In fact, based on revenue, INTC is the world’s largest and highest-valued maker of semiconductor chips. It is a leader in the manufacture of microprocessors; it also makes motherboard chipsets, flash memory, embedded processors and a number of other related devices. According to International Data Corporation, Intel holds the biggest market share in the worldwide microprocessor market and mobile PC microprocessor market. While Intel has overcome a number of legal hurdles and suffered through several potent challenges to its dominance, it’s still considered an industry leader. And its dividend yield is far from shabby.

Cisco Systems designs, produces and sells networking equipment, the myriad of devices and technologies that allow people to communicate electronically over a network. Cisco is a major player in networking hardware and software, and is also one of the top Voice over IP (VoIP) providers for enterprises. Some analysts will say the company is no longer the bellwether it once was, and that it’s losing market share. The upside is that Cisco is still one of the richest companies in the world, holding more than $50 billion in cash and cash equivalents. And you can’t argue with its dividend growth; since initiating a dividend payout in 2011, the company has already increased it. That payout looks pretty safe considering all that cash. And Cisco is still leagues ahead of its closest competitors.

iPad, iPod, iPhone … iDividend? Yup, Apple has been paying a relatively modest dividend with a 3% annual yield. Apple is clearly a leader in consumer electronics and personal computing devices. Although that has some analysts worried that the market for all things “i” is getting saturated, according to S&P Capital IQ consensus estimates, this sweet little stock is still projected to grow at a rate of 20 percent per year for the next five years. The company also has no debt and a cash balance of more than $145 billion. Check out a breakdown of what you could buy with Apple’s cash reserves in What Can You Buy With Apple’s Cash?.

Texas Instruments is the third-largest manufacturer of semiconductors in the world and the second-largest supplier of chips for cellular handsets. The company is made up of two major divisions: semiconductors and educational technology, but it’s the former that makes up 96% of TI’s revenues. Texas Instruments has delivered dividends to its shareholders without fail since it first began making dividend payments in 1962.

Corning is a manufacturer of glass, ceramics and related materials, most of which now goes toward display, environmental and telecommunications technology. The company is the leading manufacturer of the glass used in liquid crystal displays (LCD). In October 2012, Corning’s board of directors declared a 20% increase in the company’s quarterly common stock dividend. Although Corning’s faced some choppy revenue and a decrease in net margins over the last few years, the strength of its dividend suggests that management’s confidence in the company is growing.

Hewlett-Packard is a multinational I.T. corporation that creates software solutions and services for consumers, small and medium-sized businesses and large enterprises. As of 2011, it was the world’s largest PC manufacturer in terms of market share, but the company also builds enterprise products, servers, storage devices, networking products, software and a wide range of imaging products.

If the company somehow pulls through the extremely rough period it’s been having, its dividend could provide a real boost for shareholders. Now it’s up to potential investors to make up their own minds about whether the current competitive PC market will allow that to happen.

Though it is less common, a number of tech stocks pay out dividends that investors may want to take a closer look at. As always, be sure to look under the hood of these companies to ensure you understand how they operate and what the stock will hinge on prior to investing.

Read ahead to find out the implications of dividend suspensions of Boeing and...