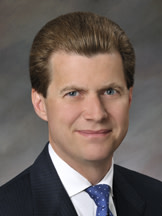 Dividend.com got a chance to speak with Simon Lack, CFA, Managing Partner at SL Advisors, which manages investments in energy infrastructure for institutions, HNW and retail investors, as well as the American Energy Independence ETF (USAI). We talked about the recovery of the midstream energy infrastructure, current opportunities, risks and some of the key players that are likely to dominate the space. Read this Q&A to find out more.

Dividend.com: Tell us about yourself and SL Advisors.

Simon Lack (SL): I founded SL Advisors in 2009, following 23 years at J.P.Morgan where my career spanned across interest rate trading and hedge fund investing. The firm was set up to manage my own investments. Henry Hoffman joined in late 2009 to lead research and became a partner in 2013. Our original clients were mainly close friends, and I started writing a monthly newsletter to stay in touch with the many people I knew across the industry. I had been interested in master limited partnerships (MLPs) for their attractive yields since seeding Alerian’s hedge fund in 2005, so MLPs have always been our main area of focus.

For several years we ran separately managed accounts, until 2014, when Catalyst Funds, attracted by our performance, asked us to run a new mutual fund for them, the Catalyst MLP & Infrastructure Fund. We further broadened our offerings in 2017 by adding the American Energy Independence ETF (USAI). Today we manage around $275MM across various platforms.

Dividend.com: Why has midstream energy infrastructure been so weak since reaching its high in 2014?

SL: Many observers mistakenly blame the 2014-16 oil collapse for persistent weakness in midstream energy infrastructure. However, it’s clear to us that the explanation lies in the serial distribution cuts most MLPs imposed on their investors. The “Shale Revolution” created the need for substantial new investments in infrastructure because of growing production in areas such as North Dakota and Pennsylvania that weren’t traditional sources of oil and gas. Because MLPs are partnerships, not corporations, they issue K-1s instead of 1099s for tax reporting. As a result, they have a very limited investor base, which is the mostly wealthy K-1 tolerant American individuals. Most institutions, the predominant buyers of U.S. equities, face tax impediments in buying MLPs.

Financing new projects ultimately led to the diversion of cash away from investor payouts, causing much bitterness and souring traditional investors in the sector. Many large MLPs concluded that they should become corporations in order to access a far broader set of investors. This shift away from income-seeking investors to more total-return-oriented investors has been highly disruptive.

Click here to learn more about how MLPs and dividend stocks compare.

Dividend.com: Pipeline businesses are often described as toll-like business models, yet moves in crude oil often affect the sector. Why?

The correlation makes more sense for oil-focused pipeline companies pursuing growth projects. The uptake of new pipeline capacity relies on production growth, which in turn is responsive to prices. But this more direct linkage applies to only a few companies. Sentiments can quickly shift, causing the correlation between oil and pipeline stocks to fall with little change in fundamentals.

Dividend.com: What are the forces driving the rebound in energy infrastructure today?

SL: Distribution cuts from 2014 are the clearest explanation for persistent weakness in the sector. Even though operating performance was generally fine, lower payouts alienated existing investors and dissuaded new ones. The good news is that dividend growth is returning, and this is coinciding with a resurgence in performance in 2019. Several years of depressed equity returns have led to very attractive valuations.

Dividend.com: What are some “Best of Breed” pipeline operators?

SL: Barriers to entry are extremely high, so today’s dominant operators are likely to retain their positions over the next 5-10 years.

Cheniere Energy (LNG) is leading the rapid growth in U.S. exports of liquefied natural gas. The U.S. is one of the lowest cost producers, and we are exporting to Asia, South America and Europe.

WMB operates Transco, an extensive natural gas network running from Texas to New York that is enjoying steady growth from production in the Marcellus and Utica shales in Pennsylvania.

ONEOK Inc. (OKE ) is one of the largest operators of natural gas liquids pipelines and is benefiting from both strong growth and robust demand for NGLs.

Magellan Midstream Partners (MMP ) owns an extensive network of refined products and crude oil pipelines, and it has a highly regarded management team.

Enterprise Products Partners (EPD ) runs an integrated network handling crude oil, natural gas, natural gas liquids and refined products. They have an envious collection of assets and a strong management team and may be the very best of breed.

You can use the dividend screener to explore more stocks from the basic materials sector. You can also explore securities by their security type, i.e. common stock, MLPs, REITs, etc., to perform your analysis.

Risk Assessment and Comparison to Other Sectors

Dividend.com: What are the risks in investing in this sector today and looking ahead?

SL: Overbuilding is always a risk with pipelines. Strong volume growth and a rather small group of large pipeline operators help mitigate this risk. However, a recession or other exogenous event (such as a significant oil price decline) may cause volume growth to lag capacity growth over short periods of time.

Although climate change is receiving considerable press coverage lately, we expect global natural gas demand to maintain >1.5% annual growth because of rising living standards. In addition, because natural gas burns much cleaner than coal, power plants will continue to favor the former for electricity generation.

The U.S. will continue to gain market share in global oil and gas market, and this will further mitigate any effects from an economic slowdown.

Dividend.com: How do pipeline companies compare to utilities vs. staples vs. REITs in terms of valuations, earnings, payout and yield?

SL: REIT investors are familiar with Funds From Operations (FFO) yields, which measure the cash return from existing assets before any expenditures on growth projects. For pipelines, Distributable Cash Flow (DCF) is the equivalent measure. DCF yields of 10-11% are historically attractive compared with FFO yields of around 6%. Moreover, pipeline sector DCF is growing 10-15% annually, compared with around 2-3% for REITs. Utilities offer yields of around 3-4%, which is also relatively unattractive.

Pipelines offer attractive dividend yields. The yield on the American Energy Independence Index is over 6% vs about 3.5% for REITs and utilities.

Income-seeking investors used to compare yields across all three sectors. Cuts in payouts by pipeline companies turned many away, but now that pipeline dividends are rising again we expect such comparisons to favor fund flows towards energy infrastructure at the expense of REITs and utilities.

While you are on the topic, be sure to check this article to learn more about the differences between REITs and MLPs.

Simon Lack, Managing Partner at SL Advisors, believes that dividend growth is returning to energy infrastructure, and this is coinciding with a resurgence in performance in 2019. We can expect to see increasing fund flows towards energy infrastructure from income-seeking investors.