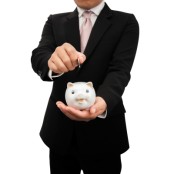 Big changes are underway in the 401(k) world, which may affect dividend-oriented investors. The changes, coming from the Department of Labor, involve the requirements for those who sell retirement plans and provide advice to participants. Essentially, the change would make it more difficult for one person to both sell plans and provide advice to participants because a fiduciary standard would apply to advice-givers, making it tougher for them to also sell plans.

Brokerage firms, which sell a lot of 401(k) plans, have lobbied against the change, saying that smaller plans won’t be able to afford the fees of fiduciary plans, making 401(k) plans too expensive for smaller companies to offer, thereby denying retirement savings plans to countless numbers of employees.

Proponents of the fiduciary standard call that a lot of self-serving rubbish, saying that small plans already cost a lot, that providers will spring up to offer fiduciary plans, and that conflicted advice is hardly a benefit.

Having covered this issue for years, I believe that a fiduciary standard should apply to anyone calling himself or herself a financial or investment advisor, whether the advisor serves an investor inside or outside qualified retirement plans. Today, no investor readily knows whether or not their advisor is a fiduciary — even though most investors assume that the person handling their investments is putting their interests first. Most times, the advisor is not a fiduciary.

I’ll concede that the Labor Department’s rule is probably convoluted and may be tough for brokerage firms to implement. But having seen the securities industry fight tooth and nail against proposals that give investors more of a fair deal, I don’t feel much sympathy for them. And if what has happened in the past happens again, securities firms will find that the new rules actually expand their business and that they make more money than they did under the old rules.

Depending on how the new rules are interpreted, there may be greater pressure on retirement plans to offer a brokerage option within their plans. Currently, about 39% of the large plans surveyed by benefits consulting firm Aon Hewitt offer a self-directed choice. Plan sponsors worry that they’ll be on the hook legally if their participants make foolish choices in self-directed accounts, which is why they are not widely available. But if participants receive sound investment advice from fiduciary advisors — diversify, choose low-cost options, buy and hold, and include dividend-paying stocks — more plans could offer a self-directed option.

Image courtesy of suphakit73 at FreeDigitalPhotos.net