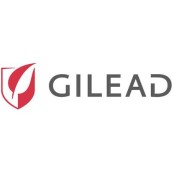 Best Dividend Stocks List: Why We Jettisoned an Energy Giant

Gilead Sciences, Inc. (GILD ) is a research-based biopharmaceutical company that discovers, develops and commercializes innovative medicines. The company’s primary areas of focus are immunodeficiency virus (HIV), liver diseases, such as chronic hepatitis C virus (HCV) and chronic hepatitis B virus (HBV), oncology and inflammation, and serious cardiovascular and respiratory conditions. The company has two high-profile treatments: Harvoni and Sovaldi. These two drugs accounted for nearly 60% of the company’s revenue in both quarters of 2015.

Additionally, Gilead Sciences created and sells the world’s top-selling HIV medications, Truvada and Atripla, and commands approximately 75% of the U.S. treatment market and more than 50% worldwide.

Earnings are expected to remain stable next year.

Gilead has the highest EPS in the entire biotech space at 9.53 on a trailing 12-month basis, which is expected to grow to 11.67 next year by December 2016.

GILD is cash rich. Its current ratio of 3.08 is considerably higher than its competitors.

GILD has the highest ROE among all its competitors.

Gilead has the highest margins among all its competitors.

Gilead Sciences generates more profit than Merck, with half of Merck’s sales.

Gilead Sciences is more of a growth stock and less of a dividend-paying stock. This would provide a capital growth angle to one’s portfolio.

Gilead Sciences is not a typical Dividend.com pick. It’s a new dividend payer and does not yet have one of the highest yields. Biotech stocks are usually considered “risky”, however, GILD has solid earnings and enough cash to not only sustain a dividend but also to possibly increase it in the future. Further, there is an increasing demand for health care; for example, an estimated 3.2 million Americans are living with chronic hepatitis C, with approximately 17,000 new hepatitis C cases each year in the U.S.

We recommended COP on 5/10/2012 at a price of $53.47. COP is back to the price at which we recommended it. With no capital loss on the buying price and a gain of dividends, we recommend investors realign their portfolios with less energy and more biotech. With oil prices recently hitting a six-month low, COP is expected to give a poor EPS in 2016.

Dividend.com also wants to admit that we were a bit late in removing the energy names from the BDS list. We did not forecast the sharp and rapid decline in oil, however, it’s better late than never.

Typically we do not make reactionary decisions – such as a volatile movement in oil – but we do believe that the lower oil prices will persist for some time and that it will take firms like COP a relatively long time to recover – if they can.